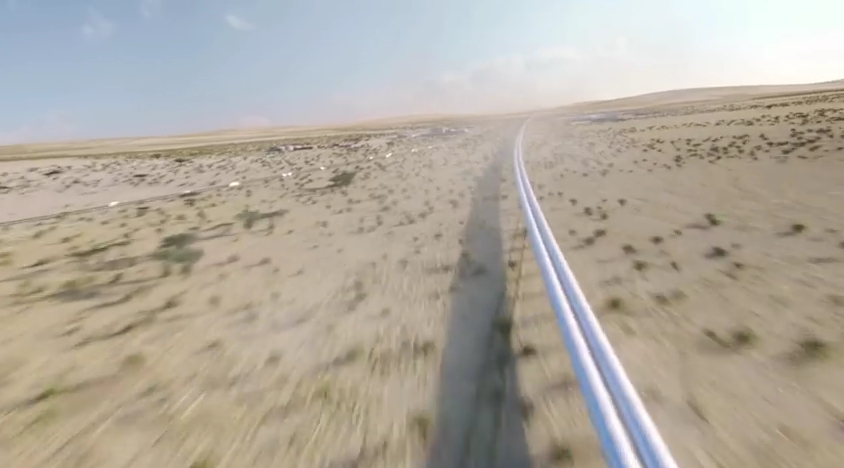 The system is planned to connect the two cities, which are 150km apart, with links to Dubai International Airport, Jebel Ali Port, Al Maktoum Airport, Khalifa Port and Abu Dhabi Airport on the way, according to a map shown during the clip.

Other imagery shows the hyperloop tube on Y-shaped stilts stretching across the desert.

Hyperloop One was selected as part of the Dubai Future Accelerators programme, a 12-week incubator designed to come up with advanced products and solutions.

The company is one of several competing to be the first to turn hyperloop, a conceptual high-speed transportation system originally put forward by entrepreneur Elon Musk, into a reality. 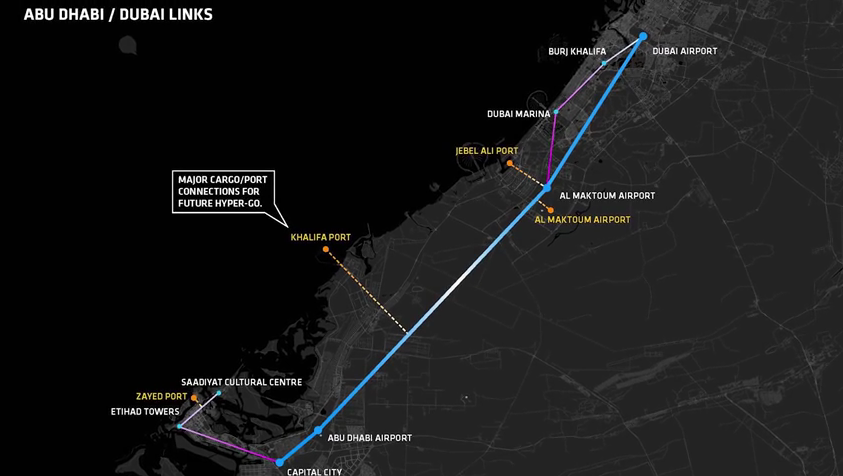 The technology involves the use of pressurised tubes to transport human and freight cargo at speeds of up to 1,100kmh.

Hyperloop One has appointed Danish firm Bjarke Ingels Group alongside architecture and engineering firms AECOM and Arup to convert the technology into infrastructure, according to Dezeen.com.

“We are in a new time now where you can develop a new transportation system in very few years and change the world,” Jakob Lange, partner at BIG Ideas, which focuses on technically demand and experimental projects, explained during the clip.

“We’re not waiting for new technology like carbon nanofibers or anything in order to do this,” he added. “We have everything we need to do it.”

The company is particularly interested in the technology’s uses for cargo transport.

The official launch of the Dubai-Abu Dhabi project is planned for November 7.