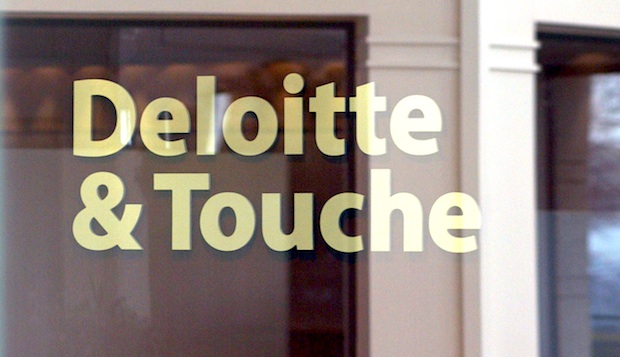 Accountancy firm Deloitte said it is “disappointed” with the decision taken by Saudi Arabia’s market regulator of banning the company from providing audit services in the kingdom for two years.

The decision, effective from June 2016, only impacts listed companies and entities authorised by the Saudi Capital Market Authority (CMA).

The Committee for the Resolution of Securities Disputes (CRSD) announced the move on June 15 in reference to an investigation of Saudi contractor Mohammad Al-Mojil Group (MMG).

MMG is a former audit client of the local arm of Deloitte & Touche.

The decision also includes a financial penalty on Deloitte & Touche Bakr Abulkhair of SAR 300,000 and is subject to appeal within 30 days of its issuance.

A company spokesperson clarified: “The CRSD decision does not extend to audit services provided to other companies and entities not regulated by the CMA operating and doing business in Saudi Arabia.

“It also does not extend to non-audit services, which include but are not restricted to consulting, tax, risk management, financial advisory, and all other advisory services provided to clients in Saudi Arabia, including listed companies and entities authorised by the CMA.

“While the CRSD’s decision is disappointing, Deloitte & Touche Bakr Abulkhair respects the CMA’s important role in regulating the Saudi capital markets, takes the professional and public interest responsibilities entrusted to it extremely seriously, and is committed to the highest standards of quality, independence and ethics in the services offered to its clients.”

The move comes after the CSRD sentenced MMG founder Mohammad Al-Mojil and his son Adel Al-Mojil, the firm’s chairman, to five years in jail on Thursday. A third executive was also slapped with a three-year sentence.

The executives were charged with misrepresenting the company’s value.

Earlier this week, MMG’s board resigned, citing “their serious concerns about the unlimited director and executive liabilities in the kingdom.”

Read more: Saudi contractor MMG says its board has resigned

“The board maintains that at all times MMG implemented its internationally recognised accounting principles in accordance with Saudi law,” it said in a statement.

“Were the same international standards to be applied to other firms operating in the same sector, one would observe losses and provisions of a far greater magnitude than those seen at MMG.”

It added: “Recent events highlight the dire need for a systematic and far reaching overhaul of the construction sector in Saudi Arabia as well as the regulations which govern these firms.”