Dancing With The Dragon: China And The UAE - Gulf Business 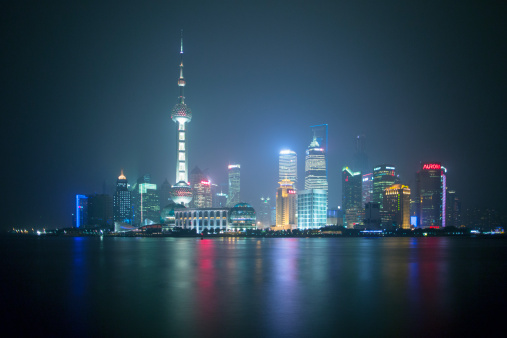 As trade between China and the UAE grows, UAE banks are scrambling to gain a foothold in the country’s number two trade partner by opening offices in mainland China, issuing yuan-denominated bonds and indulging in trade finance to boost profit.

UAE banks are betting the Chinese relaxation of restrictions on yuan trading and foreign firms operating in mainland China will reap profits and help counter the domestic downturn due to the financial crisis.

China is easing limits on foreign involvement in its capital markets and currency as it seeks to make the yuan a more tradable international currency that is used in cross-border trade in goods and services.

UAE banks are also eager to serve Chinese citizens and firms that are working in the UAE, such as China State Construction Engineering Corp (CSCEC) signing a $2 billion property agreement with Abu Dhabi investment vehicle Aabar.

UAE-China non-oil trade reached $15.65 billion in 2011, a five-fold increase from $3.16 billion in 2002, based on the UAE ministry of foreign trade figures, prompting the UAE banks’ push into China.

“Many Chinese construction firms are bidding for development projects in Saudi Arabia and the UAE. So we get inroads into those contracts in China and we can be the local bank to support the Chinese bank,” said Kevin Flannery, Emirates NBD’s general manager, International. “When you do government tenders in this country (the UAE), you have to support it with a local bank guarantee.”

The financial crisis has also spurred UAE lenders to diversify their pool of investors.

That’s why Emirates NBD sold an offshore yuan “dim sum” bond this year, becoming the first Arab yuan issuer, and it is eyeing another issue next year, said Flannery.

“The dim sum bond was an opportunity for us to expand our funding horizons away from Europe and America, which had dominated previously, but now with the global financial crisis, these are not as attractive markets for a Middle Eastern bank and hence we are also looking to Asia,” said Flannery.

NBAD’s Hong Kong branch had four offshore yuan issues between September and October this year. There are two exchange rates for the Chinese currency, the yuan or reminbi (RMB): an onshore rate (CNY) used in mainland China and offshore rate (CNH) mainly traded in Hong Kong and used by foreign firms to issue bonds.

“NBAD is looking to expand our business in China and hence it is part of our strategy for the HK (Hong Kong) branch to act as a vehicle for RMB funding,” said Ernest Law, regional manager of NBAD Hong Kong, in an emailed reply to questions. “There is ample CNH liquidity in the Asia market and forward market pricing in the yuan fluctuation. Therefore it provides a good opportunity to raise lower cost funding through CNH.’’

The Hong Kong branch plans to issue more such bonds, depending on market conditions, pricing and investors’ needs, he added.

Global yuan usage grew by 15.6 per cent, between July and August this year, compared to an average decrease of 0.9 per cent across all currencies, according to SWIFT electronic payment system, with the yuan becoming in August the world’s No. 14 currency.

The increase in cross-border trade settlement in yuan has also encouraged banks to use the currency.

“Many European and Asian clients are shifting away from (trade) settlement in US dollars. It is another reason to expand the funding sources in CNH to meet the customers’ needs (trade business) in the coming future,” said NBAD’s Law. “Among the global currencies, the RMB is a high- yielding currency which is attractive to global investors from various sectors and industries. Through participation in the newly developed and fast growing offshore CNH market, NBAD can expand its exposure to global funding sources.”

The UAE has taken considerable steps to get more exposure to the yuan. China and the UAE signed this year a Dhs20 billion currency swap agreement that will invigorate bilateral trade.

UAE banks are catching up with foreign banks such as Standard Chartered Bank (SCB) and HSBC, which already offer such services.

SCB saw a 250 per cent increase in yuan payment volumes between China and Hong Kong with the UAE in the first half of 2012, when compared with all of 2011, said Haytham El Maayergi, head of transaction banking at SCB UAE, although the number of payments is small.

“We have seen an uptake in SMEs (small and medium-sized enterprises) going for yuan precisely for cost saving, simplified documentation, and increase in market exposure, whether for buying or selling, which results in better rates,” said SCB’s El Maayergi.

“Although there is benefit to shift to yuan (payments) because they will get discounts from suppliers, it is still not a very easy process, but we are trying to make it easier. These traders (in the UAE) are used to trading in dollars and to change habits and invoices and adjust profit with natural hedge of Chinese yuan is a long education process.”