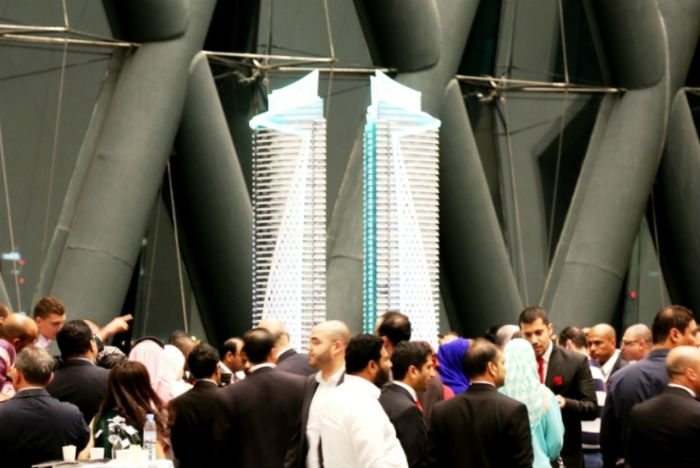 The first phase of Damac’s $1 billion project in conjunction with Paramount Pictures sold out on its opening day this week as 1,000 investors attended the invitation-only event at Dubai’s Meydan hotel.

‘Damac Towers by Paramount’ – to be made up of four towers connected by a shared multi-level plaza – will house a five-star hotel and serviced apartments as well as a screening room when it is completed in Downtown Dubai in 2015.

Investors from as far as the UK, Russia, India and Nigeria joined local attendees from the GCC in a bid to become owners of the Hollywood movie company’s first foray in the accommodation sector.

“We were blown away with the positive response from clients looking to make their home in one of the most anticipated projects in Dubai,” said Ziad El Chaar, managing director, DAMAC Properties.

“This is without doubt the biggest launch event in Dubai in the past five years, highlighting the strength in the market, especially in luxury branded serviced living.

“Families seek out places to go and places to stay primarily based on the entertainment proposition. DAMAC Towers by Paramount offers a unique movie concept for every moment of the stay – this is what makes us different,” he added.

A statement by Damac said it has already secured approval from RERA, TECOM, and DTCM and the plot of land has been fully paid for.

The statement added that all funds received from the initial unit sales have gone into the escrow account, specifically tied to the project.

“The project will bring guests and residents closer to their favourite movies and actors, while creating a refined environment to escape and relax.”

Damac has announced it will release the second phase of apartments during road shows in India and Saudi Arabia across the first week of April.