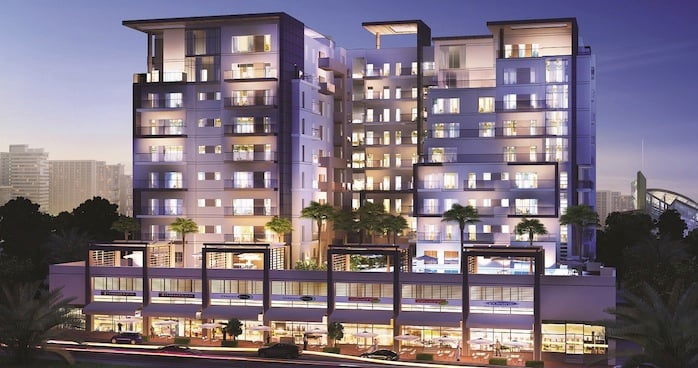 Dubai developer Damac Properties said it is on track to deliver the first homes within the 145 sqm Dubai South development in the next six months.

The 10-storey, 270 unit NAIA Tenora will be the first luxury serviced hotel apartment tower to be opened with the mega development, a statement said.

All of the block work and plaster work has been completed, with the tiling and external finishes close to completion, it added.

Damac said its new tower is aimed at providing accommodation for the professionals working to build the Expo 2020 site.

“Dubai South is the real pearl in the expansion plans for Dubai and NAIA Tenora will sit right at the heart of this exciting project,” said senior vice president of Damac Properties Niall McLoughlin.

“This serviced living concept will provide everything you would expect from a five star hotel, with access and convenience alongside luxury living.”

Along with the fully-furnished units, the building will have a concierge, restaurants, a gymnasium and a children’s play area. Investors can also rent out the units within NAIA Tenora, the statement said.

“Owners at NAIA Tenora can live in the unit themselves or they can opt to rent it out through our rental pool system and we will look after sourcing tenants, collecting rent and managing the unit on their behalf,” said Niall McLoughlin.

Damac is also developing a second serviced living project within Dubai South called NAIA Celestia, which will be ready in 2017.

Aiming to appeal to those working in the community, the Dhs 700m project will have 1,000 residential units.

Part of Dubai’s urbanisation strategy, Dubai South is expected to eventually house a million people and support around half a million jobs.