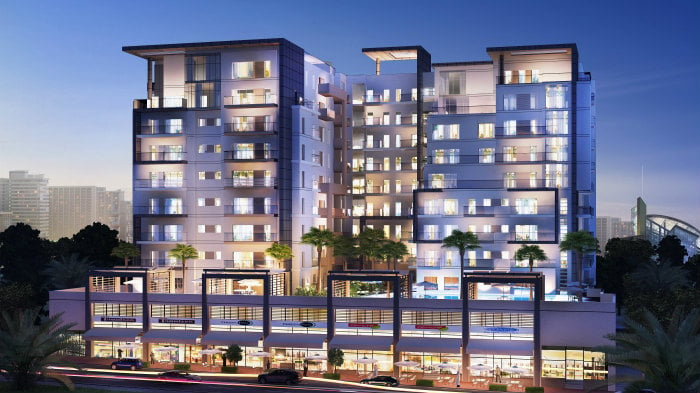 Prices for the 10-storey, 270-unit tower start at Dhs610,000, Damac said in a statement. The development will be managed by Damac Maison, the company’s hospitality division and it will include a 24-hour concierge, maid services, kids club, café and a luxury spa.

The project is scheduled for completion in Q2 2015 and aims to serve Al Maktoum International airport and professionals working to build the adjacent Expo 2020 venue, the developer said.

“Dubai’s Expo 2020 success will be the catalyst for future growth and investment in Dubai for the next seven years,” said Niall McLoughlin, SVP, Damac Properties.

“Tenora is designed specifically to support the influx of people to the Dubai World Central area of Dubai – not only during the exhibition itself, but also the many thousands of people who will be working on the project in the lead up to the event.”

The six-month long Dubai Expo 2020 is expected to attract 25 million visitors and create around 277,000 jobs. Infrastructure investment for the event is estimated to reach $6.9 billion (Dhs25.3 billion).

Preparations for the event have already started with Dubai developer Emaar and DWC recently announcing plans to build a mega golf course and urban centre development within the aerotropolis.

The project is the “first of the key infrastructure development projects” to be announced following the UAE’s successful World Expo 2020 bid, said Emaar.

The new development will be spread across 13.63 million square metres with the first phase to include a golf-course villa community, several hotels, a high-end shopping mall, leisure attractions, and a business hub.