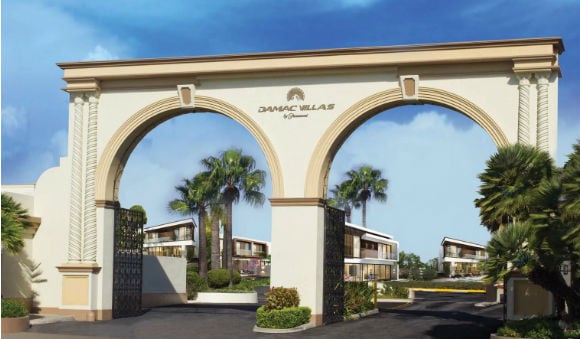 Damac Properties has launched a collection of serviced villas for its upcoming Akoya project, the first of its kind by the developer.

Announcing the new community on Tuesday, the Dubai real estate firm said ‘Damac Villas by Paramount’ will be situated on the sides of the Trump International Golf Club, within a gated community.

The mini project will include a private beach club and fine dining restaurant. Prices for the villas start from Dhs3 million.

It is the second time Damac has announced it is working with the Hollywood brand, Paramount Hotels & Resorts, after announcing Damac Towers by Paramount in March – a four-tower development in Downtown Dubai.

“The sales at Damac Towers by Paramount have been an unprecedented success for the Dubai real estate market and we anticipate Damac Villas by Paramount to take the sector into a new direction,” said Ziad El Chaar, managing director, Damac Properties.

The Akoya development, launched in April this year, is set to be ‘the most luxurious golf resort in Asia’. On completion it will measure 28 million square feet, encompassing hotels, schools, a sport complex and retail brands as well as the new golf course.

According to the latest figures released by Jones Lang LaSalle, villa rents in Dubai have increased by 10 per cent year-on-year in prime, established locations, with the trend set to continue.