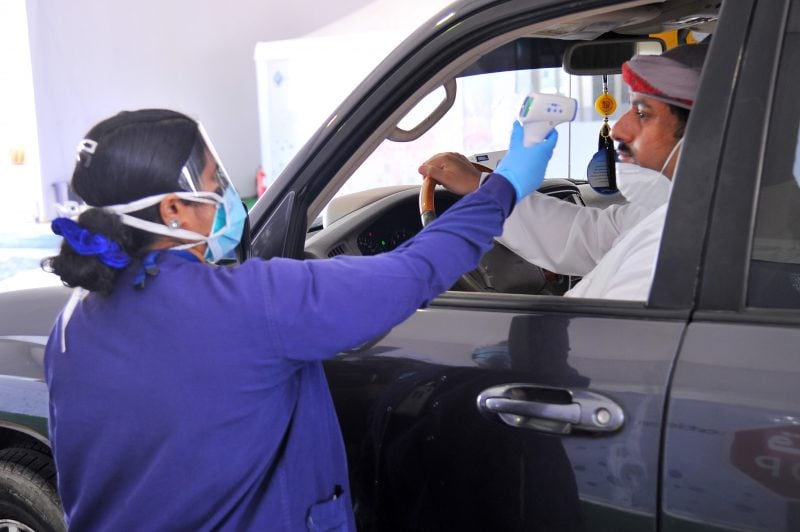 The UAE reported 331 new Covid-19 cases on Thursday night, taking the total in the country to 2,990.

The new cases were reported after the UAE conduced 40,000 Covid-19 tests over the previous two days, the Ministry of Health and Prevention (MoHAP) said.

The “accelerated investigative and check-up measures” resulted in the detection of the new cases, with the patients, who belong to different nationalities, all in stable condition and receiving necessary care.

The ministry also confirmed that two coronavirus patients, an Asian national and an Arab, died, taking the coronavirus death toll in the country to 14.

Both of them had prior chronic illnesses, officials said.

The ministry expressed its condolences to the families of the deceased and wished a speedy recovery for all patients.

The ministry also announced the full recovery of 29 new cases, taking the total of those recovered to 268.

The latest update of #Coronavirus (#COVID19) in the #UAE#StayHome pic.twitter.com/GFF6BJN82P

Places of worship to remain closed

The UAE also announced that prayers in all places of worship across the nation remain suspended until further notice to prevent the spread of the virus.

The decision was taken in coordination with the National Crisis Emergency and Disasters Management Authority, the General Authority of Islamic Affairs and Endowments, and federal and local health and religious authorities, official news agency WAM reported.

Last month, the UAE has announced that congregational prayers, including those offered on Friday, in all mosques, prayer facilities and areas of worship across the country would be suspended for four weeks starting March 16/17.