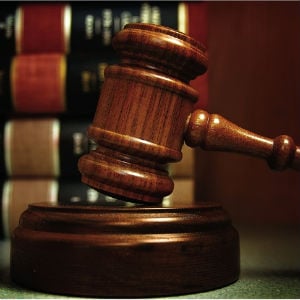 DIFC Courts is proving hard to ignore for multi-national firms looking to settle corporate dust-ups. International momentum has jumped since the jurisdiction extended its wingspan in October to include non- DIFC companies.

But Dubai’s recent efforts are shaking things up.

Crucial to a potential shift in emphasis has been a case involving Corinth Pipeworks, a Greek piping supplier, and Barclays Bank, the UK’s fourth largest.

Corinth sought $24 million in damages from the bank for providing allegedly false information about the transfer of funds from a customer to Corinth’s bank account.

In January, DIFC Courts decided it could handle the dispute despite it involving a branch of Barclays in Jebel Ali, outside the DIFC.

This was a big moment for its growing international celebrity, said Mark Beer, registrar at DIFC Courts. “It shows the appeal is stretching even beyond the Gulf, and into Europe.”

It also builds on regional traction.

“There are not only businesses in Dubai and the UAE, which have used the DIFC Courts for a while, but the appetite is spreading to other Gulf States. One of our decisions has so far been recognised in Kuwait and an order from Bahrain has been enforced through our courts.”

So far, rising numbers of international firms are enquiring about writing DIFC Courts into new contracts. Domestically, there has been a spike in smaller companies looking to resolve debt or contract disputes through the Small Claims Tribunal (SCT).

The SCT is one of three courts within DIFC Courts, along with The Court of First Instance and the Court of Appeal.

The Court of First Instance, which deals with the free zone’s largest and most complex cases, has so far seen its caseload double in 2012 compared to last year, according to latest figures. It has handled seven cases compared with three in the same period in 2011.

During the past three years it handled $817 million of claims.

The recent spike in activity is being put down primarily to October’s rule changes.

Beer said: “At one end of the scale there have been enquires from large multinationals, including investment and financial services companies from around the world, that are looking at how they might benefit by using our world class system of justice, combined with the enforceability of our decisions in the region.

“At the other end, we have received hundreds of enquiries from small to medium size businesses in Dubai about using the SCT to resolve debt and contract disputes.”

The tribunal’s track record is resolving 90 per cent of cases in three weeks or less, with minimal fees and no lawyers.

Law firms are, however, allowed to represent in the Court of First Instance and Appeals Court. Alec Emmerson, a consultant at Clyde & Co., has seen a steady flow of enquires from the firm’s major clients. “At least a couple of times a week our corporate and commercial teams have approached me about writing in DIFC Courts into clients’ contracts.

“Asian contracting companies will prefer to use the DIFC Courts rather than going to London or New York,” he added.

Part of DIFC Courts’ appeal lies in its transparency; something lost on the majority of local Gulf courts systems.

Cases are detailed in full on the Courts’ website and media and the general public have the chance to sit in on proceedings.

But as Dubai’s financial court gains play on the international stage, companies will have to be comfortable with being in this growing spotlight.