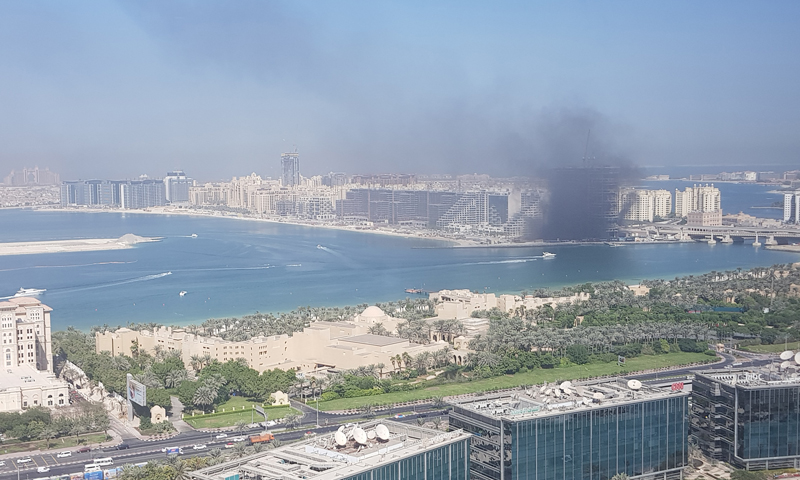 Part of Dubai’s Palm Jumeirah has been engulfed in smoke after a “minor” construction site fire.

Dark smoke could been seen rising above the One Palm by Omniyat site on the left side of The Palm’s trunk on Thursday morning.

One Palm is a residential development due for completion in 2018. In September, a penthouse apartment there sold for Dhs102 million, becoming the most expensive apartment sold in Dubai this year.

Dubai Civil Defence managed to control the fire in 20 minutes, according to a tweet from Dubai Media Office.

Dubai Civil Defence successfully controls a minor fire on a construction site in Palm Jumeirah in 20 minutes; no casualties reported.

In a statement, Omniyat said a small fire had broken out within the storage area of the development.

The developer thanked Dubai Civil Defence for its swift response.

Social media users have been sharing photos of the scene.

Every time I come to Dubai there’s a building on fire! #imnotanarsonist pic.twitter.com/7eqFAV2xdx