What comes next for the region's aviation sector? - Gulf Business 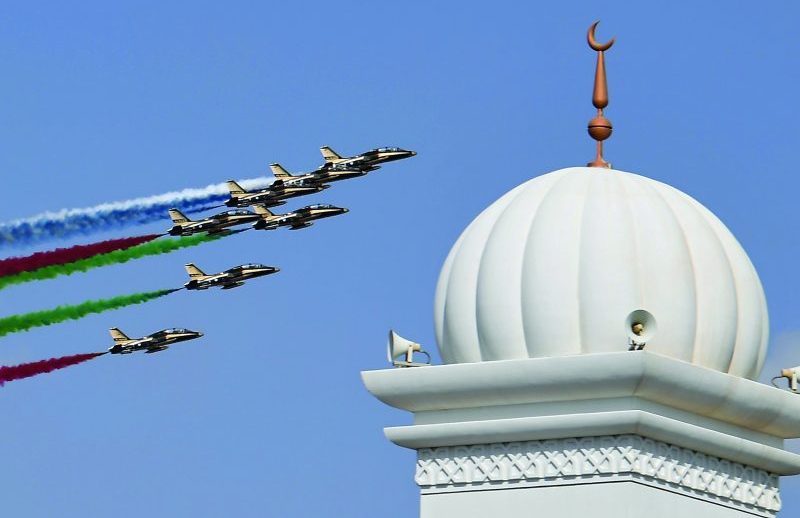 Thousands of people — more than 84,000 to be precise — thronged the venue of the Dubai Airshow late last month, making it the “busiest” ever edition of the biennial event, according to organisers. With more than 1,288 exhibitors in attendance – including 100 new ones — and 161 aircraft on the event’s static display, the week-long show also saw strong business, with the order book on site reaching $54.5bn.

However, the overall value of orders announced on site were much lower when compared to the previous Airshow in 2017, when the numbers reached almost $113.8bn in 2017.

That comes on the back of strong headwinds. Earlier this year, the International Air Transport Association (IATA) downgraded its 2019 profit forecast for the global air transport industry to $28bn, down from $35.5bn in December 2018. Costs this year are projected to rise by 7.4 per cent compared to a 6.5 per cent rise in revenues.

“This year will be the 10th consecutive year in the black for the airline industry. But margins are being squeezed by rising costs right across the board — including labour, fuel, and infrastructure. Stiff competition among airlines keeps yields from rising. Airlines will still turn a profit this year, but there is no easy money to be made,” Alexandre de Juniac, IATA’s director general and CEO said at the time.

But Emirates, which posted a whopping 282 per cent rise in net profit for the first half of its fiscal year 2019-2020, is confident about a promising second half as well, he said.

“I hope it [good results] will continue for the rest of the fiscal year – that’s what we see, based on the forward bookings. Headwinds are there all the time, but we expect them and deal with them. It will be tough, but we are confident that this year we are doing better than what we budgeted for,” he added.

Looking to the future, the outlook for the industry looks bright. The number of air travellers could double to 8.2 billion in 2037 based on a 3.5 per cent compound annual growth rate (CAGR), according to analysis from IATA.

“Aviation is growing, and that is generating huge benefits for the world. A doubling of air passengers in the next 20 years could support 100 million jobs globally,” said De Juniac.

While the future of travel is set to evolve substantially, thanks to issues such as sustainability, the requirements of the next generation of travellers will also be completely different.

Those from generation Z (born after 1996) are forecast to become the largest group of airline flyers globally within the next decade, with 1.2 billion flying each year by 2028, a new study by the London School of Economics and Political Science commissioned by satellite communications company Inmarsat Aviation has found.

Rather than making decisions based on ‘loyalty’, these travellers choose airlines based on factors such as wifi. According to the study, 70 per cent of millennials and Gen Z passengers indicated that they would delay arrangements for their flight until they knew that a reliable wifi connection would be available, and the necessary delivery infrastructure was in place.

Inmarsat’s new GX5 satellite – scheduled to launch in late November– is aimed at doubling its ability to offer in-flight broadband wifi for airline passengers. Covering the Middle East and Europe regions, the satellite will allow in-flight wifi from 2020.

The company has already signed a GX deal with Emirates for its 777X flights, confirmed Neale Faulkner, Inmarsat Aviation regional vice president for the Middle East, Africa and South Asia.

He stressed that wifi services provided onboard will be able to match network speeds on the ground.

“What we’re effectively doing is providing a network to the onboard aircraft, where if one of our value added resellers or one of our partners wanted to provide a 5G network onboard, that’s possible as well. There’s enough capacity to potentially provide 5G service, whether it’s done through wifi or through some kind of roaming agreement,” he explained.

With technology set to play a major role in driving the next generation of air travellers, the industry will need to rapidly adapt and transform to cater to their demands. That will also, perhaps, play a big role in determining how many orders we will see at future Dubai Airshows.