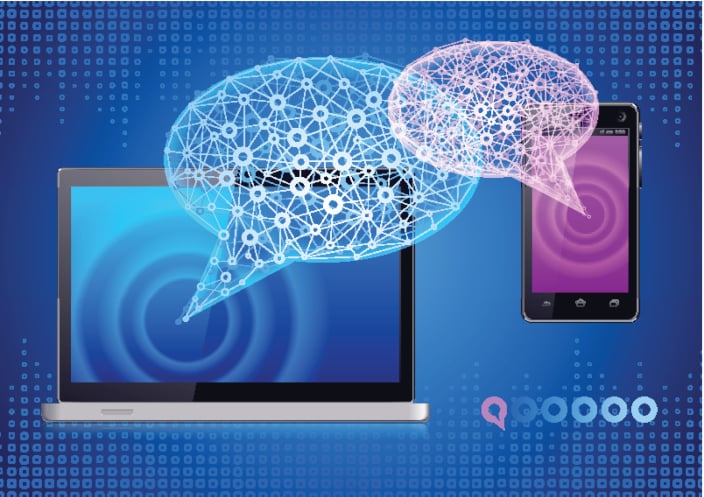 It is an understatement to say that cloud computing has entered the mainstream. This year, the total expenditure on cloud spending is set to reach $100 billion, with the market growing by a quarter, according to technology research firm IDC.

Competition for the pieces of this pie is fierce, with US technology giants leading the charge. Amazon, Microsoft, IBM and Google rank among the largest players in a market that is truly going global.

IDC forecasts a dramatic increase in cloud data centres worldwide as companies look to provide more localised capabilities in markets including the Middle East and Africa.

The excitement around the industry was clear at this year’s IBM Pulse conference, a key event on the cloud calendar.

“We see cloud as more than just a way to manage cost or quick and easy way to deliver services. We see cloud as a new growth engine to invent new business,” Erich Clementi, senior vice president of IBM Global Technology Services, declared to the 11,000 person audience.

The tech giant is investing billions of dollars in its cloud portfolio this year, including $1 billion in software development, to connect enterprise data and applications to the cloud, and $1.2 billion to extend its global cloud data centre footprint, with 15 new sites planned this year.

While North America and Western Europe have been the first movers, Middle Eastern players are increasingly turning their attention to cloud services. IT spending in the region is expected to increase by 8 per cent this year to $211 billion, rising to $243 billion annually by 2018, according to Gartner, a technology research firm.

“From an interest perspective, cloud is definitely on the rise in the GCC region because there is a shortage of skilled resources and a lack of maturity in buying processes,” says Aman Munglani, research director at Gartner India.

Indeed, the affordability of cloud computing is driving adoption from the smallest of company as well as larger enterprises.

“When I was a founder and CEO of a venture backed software company, the first million dollars were spent not on building product but just buying technology so we could build a product,” reflects Cindy Padnos, founder and managing partner of Illuminate Ventures, a US-based early stage venture capital (VC) firm.

But the advent of cloud computing and more flexible pay as you go,or pay monthly models, is helping “democratise” entrepreneurship, she says.

“It opens up the opportunity for entrepreneurs with a credit card and one dollar an hour cloud computing to have better resources than my team did for a million dollars, and globally, not just here in the US.”

However, this greater access to IT resources provided by flexible cloud payment solutions does not come without its consequences.

“With the availability of the kind of robust high quality infrastructure that’s there, it does lower one of the traditional barriers to entry,” says Eric Byunn, partner at US-based FTV Capital, a VC firm with $1.8 billion across four funds.

“You will probably see in the press that any good idea is immediately being copied with three to 10 companies all doing different variants of a single core concept. So it does increase that level of competition because all it takes is a credit card and a dollar an hour subscription.”

AS GOOD AS PHYSICAL

Security has remained a pressing issue for enterprises looking to adopt cloud solutions in recent years. And convincing customers that their data will be safe in the cloud is still a challenge for cloud providers.

In a survey of 900 IT professionals in the GCC in 2012, IT solutions provider Gulf Business Machines found that concerns over data security were the top factor delaying widespread adoption of cloud based services in the region.

“Organisations have a very out- dated view in terms of some of these parameters and frankly the market has evolved quite a bit. So much so that a cloud service provider can almost give an equal level of security or better than what companies have in-house today,” says Munglani.

There are also concerns regarding data privacy and data location, with rules and regulations set out by some countries that data must be stored in their jurisdiction forcing cloud companies to setup local operations.

“Some of that is hung up on a slightly older perception of location being security, which it isn’t,” says Joe Baguley, CTO EMEA, at cloud and virtualisation software company VMware. “I can encrypt and store data in the cloud and it would be more secure than if I stored it in my house.”

As cloud adoption increases, security concerns are being matched by the need for organisations to utilise the cloud to offer improved services to customers, according to Chris O’Connor,VP, strategy & Engineering, IBM Cloud & Smarter Infrastructure.

“Security of data it is a dominant concern but it is not the only concern. People are trying to balance speed of innovation, being able to create a new online capability or online service with being able to ensure the data is properly maintained.”

WHO WILL WATCH THE WATCHMEN?

Even prior to the disclosure of the NSA PRISM system, European companies and institutions cited data security concerns regarding the US Patriot Act. A piece of legislation in theory meaning that the US government could request customer data from any US cloud company, even if it was stored on foreign soil.

“The relevant US legislation offers ample opportunities to request data stored in the cloud. In the case of intelligence agencies, there are few substantive barriers in this regard,” notes the University of Amsterdam Cloud Computing in Higher Education and Research Institutions and the USA Patriot Act report released in 2012.

“Note that these powers are not only provided for under the 2001 Patriot Act, but are rooted in a complex and dynamic system of powers the US government has in the realm of criminal investigations and national security,” it said.

Revelations from Snowden implicated several major US technology firms, including Apple, Google and Microsoft, in willingly allowing the NSA access to their customer data.

The resulting backlash has seen US firms hit particularly hard in China where the government has encouraged state-owned companies to buy China branded products through fears of US government spying.

Considering the growing size of the Chinese IT market, which IDC predicts to match the US for expenditure growth this year, the Asian superpower could be a missed opportunity for many US firms. IBM’s sales to China fell 20 per cent in the second half of 2013.

Yet this could only be the tip of the iceberg for US-based cloud providers, according to an August 2013 report by the Information Technology & innovation Foundation (ITIF), which factors in loss of market share.

“The US cloud computing industry stands to lose $22 to $35 billion over the next three years as a result of the recent revelations about the NSA’s electronic surveillance programmes,” the organisation said.

IBM took the unusual step of announcing it had not relinquished its customers’ data to the US government and would challenge orders to do so in March, via a blog post by Robert Weber, SVP of legal and regulatory affairs.

When questioned on the impact that the NSA leaks have had on IBM’s business, O’Connor said the company’s shift to provide more localised cloud capabilities catered to market pressure, but not specifically security concerns following the revelations.

“We want to be able to match that business model for any number of reasons that might be to do with either better access to the data, quicker latency and rules and regulatory requirements. We follow the trend that people pull, not the specific thing that might have happened in the press.”

GOING WITH THE CLOUD FIRST

While 2014 appears set to be the year tech giants truly spread their wings globally with more cloud data centres, it may also be the year of the hybrid cloud.

By 2017, Gartner predicts that around half of mainstream enterprises will have a hybrid cloud.

“A lot of the enterprises went the private cloud way and are now taking a piecemeal approach to the public cloud. Where they push some of their applications into the public cloud, gauge from that experience and, depending on the value they achieve, push more applications to public or withdraw from it altogether,” says Gartner’s Munglani.

While cloud providers have largely focussed their offerings on enterprises so far, services will be increasingly targeted at the SMB segment, according to Gartner, significantly increasing overall adoption.

“Large enterprises are going for the hybrid cloud model and SMBs today are definitely looking at a public cloud. That market will look extremely active over the next few years. We’ve just barely scratched the surface frankly,” adds Munglani.

As cloud computing becomes an accepted norm in the enterprise environment there is expected to be a paradigm shift, with cloud first policies taking root in business IT strategy.

“We’re now moving towards what will be a cloud first policy,” says VMWare’s Baguley. “Before you had to justify why something should be virtualised, now you have to justify why it should be physical.”