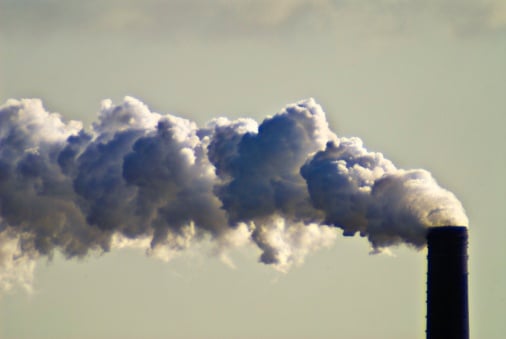 Governments can keep climate change in check at manageable costs but will have to cut greenhouse gas emissions to zero by 2100 to limit fast-worsening risks, a U.N. report showed on Sunday.

“There is still time, but very little time” to act at manageable costs, Rajendra Pachauri, chair of the Intergovernmental Panel on Climate Change (IPCC), told Reuters.

He was referring to a U.N. goal of limiting average surface temperature rises to two degrees Celsius (3.6F) above pre-industrial times. Temperatures are already up 0.85 C (1.4F).

To get a good chance of staying below 2C, the report says that world emissions would have to fall to “near zero or below in 2100.” U.N. Secretary-General Ban Ki-moon will help present the report in Copenhagen on Sunday.

The study, given authority by the approval of officials from more than 120 governments in a week of editing, will be the main handbook for 200 nations which are due to agree a U.N. deal to combat global warming in Paris in late 2015.

The report points to options including energy efficiency, a shift from fossil fuels to wind or solar power, nuclear energy or coal-fired power plants where carbon dioxide is stripped from the exhaust fumes and buried underground.

But carbon capture and storage (CCS) technologies are little tested. In most scenarios, the report says “fossil fuel power generation without CCS is phased out almost entirely by 2100”.

China, the United States, the European Union and India are top emitters.

Without extra efforts to rein in greenhouse gas emissions, “warming by the end of the 21st century will bring high risks of severe, widespread, and irreversible impacts globally,” it said.

“Irreversible” could mean, for instance, a runaway melt of Greenland’s vast ice sheets that could swamp coastal regions and cities or disruptions to monsoons vital for growing food.

“Fighting climate change is affordable…but we are not on the right pathway,” said Ottmar Edenhofer, a German scientist who was a co-chair of an IPCC report in March about tackling climate change.

Deep cuts in emissions would reduce global growth in consumption of goods and services, the economic yardsstick used by the IPCC, by just 0.06 percentage point a year below annual projected growth of 1.6 to 3.0 per cent, it said.

Environmental groups welcomed the report, including its focus on zero emissions. “This is no longer about dividing up the pie. You need to get to zero. At some stage there is no pie left for anyone,” said Kaisa Kosonen of Greenpeace.

The report also says that it is at least 95 per cent sure that manmade emissions of greenhouse gases, rather than natural variations in the climate, are the main cause of warming since 1950, up from 90 per cent in a previous assessment in 2007.

The report draws on three studies about climate science, impacts ranging from crop growth in Africa to melting Arctic sea ice, and solutions to warming published since September 2013. It is likely to be the first document that policymakers read.