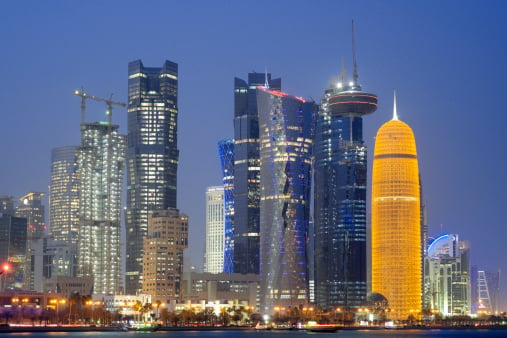 Efforts to combat the perceived creep of Western influence have already started. Earlier this year, Qatar University made it mandatory for many of its courses to be taught in Arabic instead of English.

As in the United Arab Emirates, in recent months a campaign against immodest dress has been launched via posters and flyers distributed in malls, hypermarkets and other public places. The campaign, organised by an Islamic cultural group, aims to explain to expat women that Islamic tradition requires them to dress modestly when in public.

“The Qataris don’t want to see their country’s culture given over to foreigners. You’d get serious anger if that ever happened. And the leadership is very sensitive to that,” said Michael Stephens, researcher at the Royal United Services Institute based in Doha.

“The government has said very clearly, ‘We do not want to be (liberal like) Dubai. We will not become Dubai.’ And even if they did want to, they couldn’t have it here. The local population would not accept it.”

As a result, Qatar’s ruling family must continually offset modernising policies with concessions to social conservatives.

The past year has seen both liberalising moves – such as the introduction of pork sales to expatriates – and reverses, such as the withdrawal of alcohol licences for restaurants at the Pearl, an artificial island that features international restaurants popular with foreigners.

The pork sales through Qatar Distribution Company, the country’s sole liquor shop, “are a deliberate way the government has demonstrated that it will give with one hand and take with the other”, Stephens said.

One of the reasons that Qatar has been able to retain its conservative nature is that unlike Dubai, it does not need to rely on mass market tourism, and focuses instead on the more discreet, high end of the industry so as to become known as a cultural and conference centre for the region.

“We don’t want people to come for a $50 room to lie on the beach all day and walk around with a backpack and shorts. These are not the type of people we’re targeting,” the chairman of the Qatar Tourism Authority, Ahmed Abdullah al-Nuaimi, told Reuters last year.

“For the last five or six years we’ve invested in high-end hotels and facilities, high-end convention centres and museums. But we’re not looking for it to be a revenue-generating industry,” he said.

“If (the tourism market) crashes, it makes no difference for us.”

The government has already succeeded in introducing some of the most sensitive liberal reforms, such as giving non-Muslims more freedom to practice their religions in the country.

The country’s first Christian church was established in 2008 on land donated by the emir, which led to angry call-ins to radio shows and newspaper columns by Qataris.

“The prime minister acknowledged publicly that the complaints had been heard and listened to. And then he essentially told the dissenters it was time for them to be quiet,” the security analyst said. “The dissent ended virtually overnight.

“In that respect, the state will instill its will when its wants to. The change will be pushed through by edict, if necessary.”

The naming in late 2011 of the country’s largest and most prominent mosque after Ibn Abdul Wahhab, the founder of the conservative Wahhabi movement, is an example of the kind of gestures that conservative Qataris can expect in return.

“There’s a reason Qatar has more mosques per person than many other Islamic countries. One reason is that people here can pay for them, but the other is that they placate the populace,” the Doha-based source said.

“Not all Qataris will go along with the change that is inevitable here. But they will be given things in exchange for their acquiescence. You will see more mosques built here.”