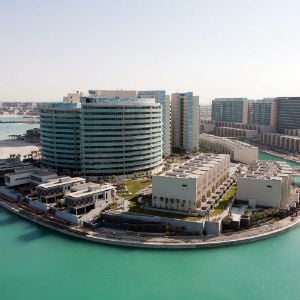 Rents in Abu Dhabi dropped dramatically during the first quarter of the year and may continue to fall because of increasing supply, experts have said.

“Average residential rents declined by 3.5 per cent from the previous quarter and 18 per cent year-on-year as the sheer number of newly completed units took its toll on both rental rates and occupancy, with deflationary pressures anticipated to continue across the capital as additional stock is delivered over the next 12 months,” property expert CBRE said in its latest report, released at property event Cityscape Abu Dhabi, which runs from April 22 to 25 2012.

Total residential stock in the emirate increased by 2,800 units over the quarter, according to a report by property consultant Jones Lang LaSalle (JLL).

“Additions to supply were provided by Al Muneera and Al Zeina on Raha Beach, four towers on Marina Square, St. Regis on Saadiyat and apartments on Rawdhat, bringing total residential stock to approximately 196,900 units at the end of Q1 2012,” JLL said in the report.

Another 23,900 units are scheduled for completion this year, but many of the projects are expected to face delays at the final stage of approval, the report added.

Due to a significant increase in supply, rents have dropped in Q1 2012 by seven per cent to approximately Dhs126,000 for prime 2 bedroom apartments, a year-on-year decline of around 10 per cent, JLL said.

“The softening in rents has affected some districts more than others with Al Raha Beach and Reem Island experiencing the most significant declines due to the locations diverse ownership. There is a widening gap between quoting rents for non-investment areas and investment areas where foreigners have bought property,” it said.

“Owners are also pushed to lease properties at lower rates in order to prevent the long void periods occurring, subsequently benefitting occupiers across the market,” it said.

“Due to the significant development pipeline, rents will continue to experience downward pressure as the residential sector becomes more competitive, providing tenants with better opportunities to upgrade their housing,” JLL added.