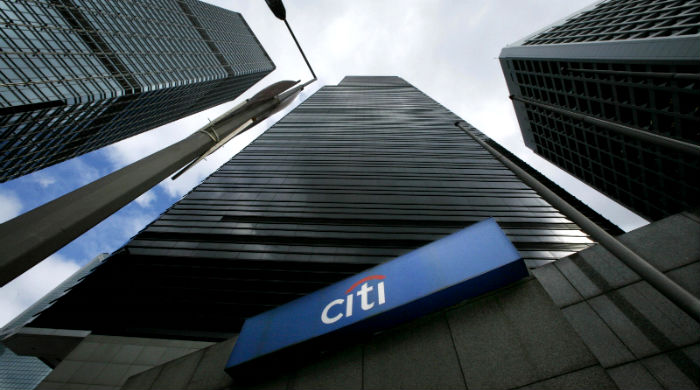 The new chief executive of Citigroup Inc named two company veterans to lead its institutional and consumer businesses on Monday and set lines of command to give him more direct responsibility for executives than his predecessor.

CEO Mike Corbat said on Monday that investment banker Jamie Forese will be head of institutional business and co-president of the company with Manuel Medina-Mora, who will continue to oversee global consumer banking and Citi’s franchise in Mexico.

Corbat decided not to fill the post of chief operating officer, which was held by John Havens, who left when Corbat was named on Oct. 16 to replace Vikram Pandit as CEO.

In January 2011, Pandit had put Havens, a longtime ally from their days managing a hedge fund, in charge of day-to-day operations and assigned him responsibility for several managers so he could focus on broader goals.

The goal of the structure is to “strike the right balance of authority and responsibility,” Corbat said in a memo to employees, which was included with the announcement.

At the same time, Corbat has given Forese and Medina-Mora oversight of the operations and technology support staff for their individual business lines. Chief Administrative Officer Don Callahan’s responsibilities have narrowed to companywide support.

Corbat, 52, can now begin to step out in public more after putting his executive team in place and spending nearly three months focusing on internal matters and relationships with regulators and Citigroup’s biggest investors and clients.

The company was set by the end of Monday to submit a capital plan to Federal Reserve officials to test scenarios of economic stress.

On Dec. 5, Corbat marked the completion of his budget for the new year by announcing a plan to eliminate 11,000 jobs, or about four per cent of Citigroup’s workforce.

Citigroup and other financial lenders are under added pressure to reduce costs because of less demand for loans, lower profits from lending and tighter regulations.

Forese and Medina-Mora, the two executives under Corbat with the most responsibility, were at the company long before Pandit became CEO in 2007.

“Jamie and Manuel have both spent their entire careers at Citi and its predecessor companies,” Corbat noted.

The new team includes Brian Leach, chief risk officer, who with Pandit was a founder of the Old Lane hedge fund that Citigroup bought in the mid-2000s. Leach will now hold the title of head of franchise risk and strategy and be responsible for audit, compliance, corporate policy and strategy, in addition to risk management.

Brad Hu, who has been head of risk for the Asia-Pacific region, will become chief risk officer and report to Leach.

Jim Cowles will become head of one of the company’s four major business regions – Europe, the Middle East and Africa. Cowles has been chief operating officer for EMEA. He had also served as global head of equities.

Lew Kaden, a vice chairman who recently was a member of the company’s business development committee and a former chief administrative officer, plans to retire, Corbat said.