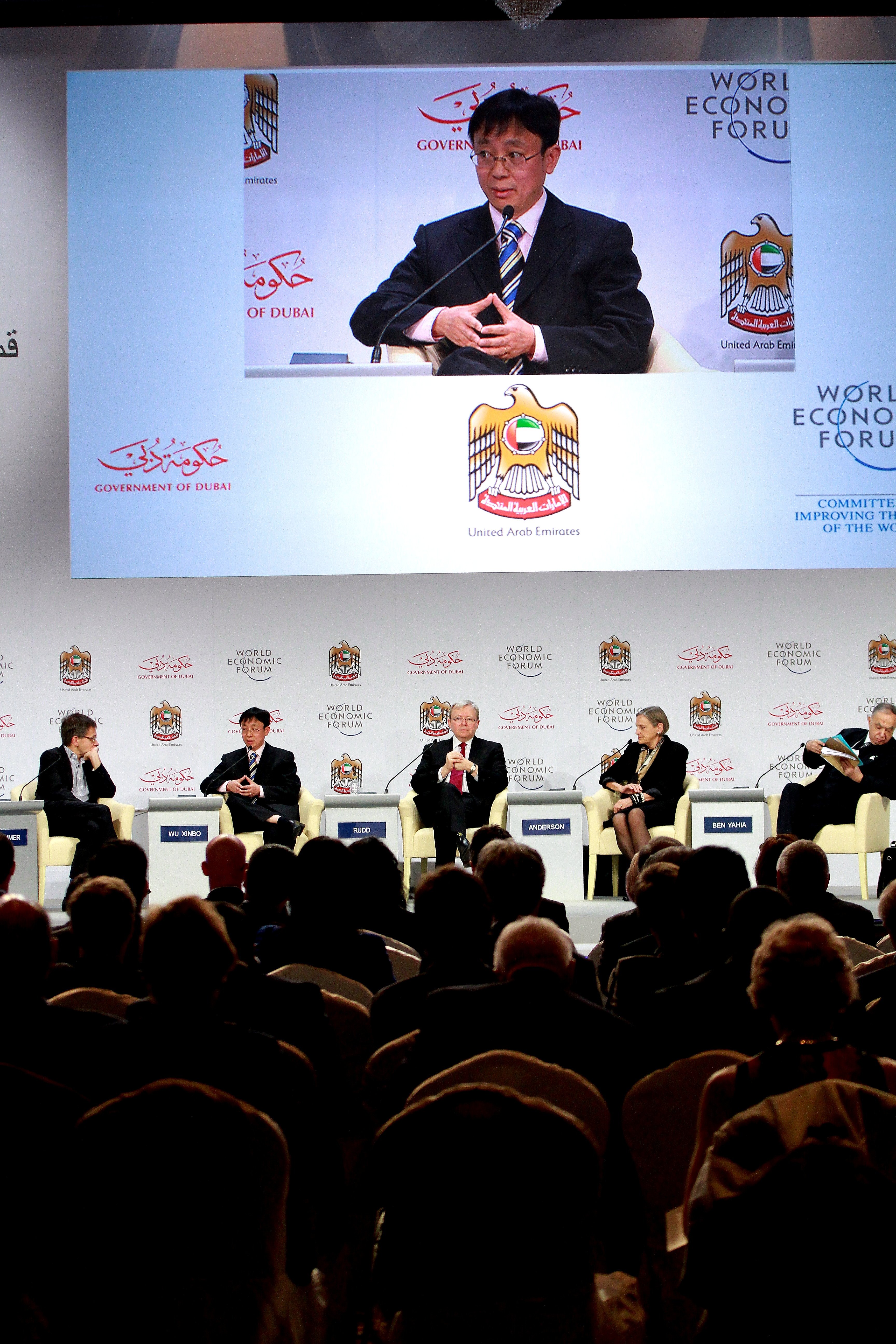 China’s economic rise will shake up the geopolitical order, but political outlook dictates whether that is seen as a risk or a challenge, panellists said on the second day of the Summit on the Global Agenda in Dubai.

Other geopolitical shocks, such as events in the Middle East, climate change and associated food security issues also featured highly in this televised debate, but China’s ascendancy dominated the session.

China’s growing economic role has led to open competition with the United States, with President Barack Obama recently referring for the first time to China as a US enemy, Ian Bremmer, President, Eurasia Group, USA, said. “There is a risk that the rise of China upsets the apple cart.”

He added that state capitalism is the issue, and the US is at odds with China’s growing economic power while it remains an autocracy with much poverty. A cyber war between the US and China is also heating up. US experts believe that China must become a “responsible stakeholder”.

But Wu Xinbo, Professor at Fudan University, the People’s Republic of China, disagreed. “China’s rise is not the risk, it is how others react to it that’s the challenge,” he said. Contrary to much US opinion, China has often benefited from the post-World War Two US-dominated world order. “But now we want reform. If you want us to be a responsible stakeholder, then give us more stakes.”

Kevin Rudd, Member of Parliament, Australia, agreed and said that now, in China’s period of transition, is the time for engagement. It is not only China’s job to take action, as the term “risk” implies, but engagement by Western and other powers would be encouraged if China were to set out its long-term vision, currently defined only as a nebulous desire for a “harmonious world”.

Tensions with Japan have also ratcheted up. China no longer needs Japan’s investment dollars or technology, Bremmer said. But Wu Xinbo said that weak political leadership in Japan was among the factors encouraging Japanese nationalism. Competing ancient nationalisms have been revived between the two countries.

US sights may be trained on China at the moment, but Lisa Anderson, President of the American University of Cairo, did not rule out a sudden diversion of attention towards the Middle East, which has occurred during every US presidency for decades. The “tectonic changes” in the region resembled the vast shifts that occurred after the world wars, she said, though it is hard to sense their magnitude yet. And global warming could be the catalyst.

“We need to be thinking about the political consequences of climate change. This region is particularly vulnerable and that will become more and more apparent,” she said.

Weather will become more volatile, agriculture dependent on rainfall will come under pressure, and so will food supplies, she said. Tensions could arise over the distribution of resources and rising commodity prices. And as Hurricane Sandy demonstrated, “We’re completely unprepared.”

Rising food insecurity could provoke more “resource nationalism”, Bremmer said, with countries such as China and Russia buying up land to grow food and export controls being increasingly used as a tool.

Nationalism versus globalism will be a growing divide, Kevin Rudd predicted, and this was demonstrated in China. Young people there are increasingly using social media such as Twitter, widely seen as a globalising influence. Yet, he said, this generation of Chinese are deeply nationalistic.

The social media revolution, while seen as a force for good, is not automatically good for global stability, since many young people are often justifiably dissatisfied with the status quo and questioning of authority.