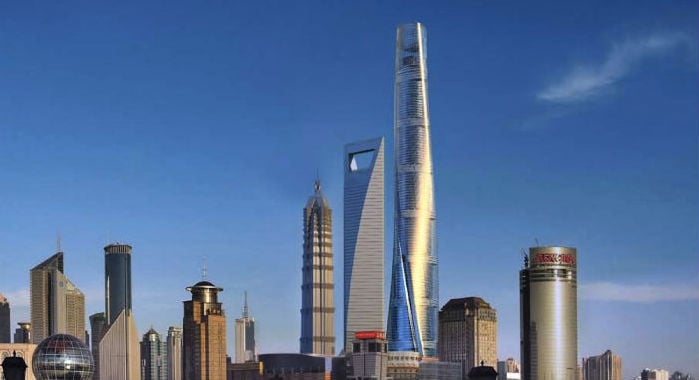 The 632-metre tall tower is expected to hold the record for the world’s second tallest building when ready, just 200 metres shorter than Dubai’s 830-metre Burj Khalifa. A “topping-out” ceremony was held on August 3 as the final beam was laid on the 125-storey building.

Located in Shanghai’s Pudong financial district, the mixed-use skyscraper is part of the Lujiazui Finance and Trade Zone and will house offices, retail outlets and a luxury hotel. Similar to Burj Khalifa, it will include observation decks on the highest floors, which will be served by the tallest single-lift elevator in the world, according to its builders.

But Shanghai Tower may lose its status even before it opens; developers in China are soon planning to launch the 838-metre tall Sky City Tower in Changsa.

Construction on the tower, currently stalled awaiting government approval, is based on an ambitious completion plan of just nine months. Once ready it hopes to beat the Burj Khalifa to become the world’s tallest tower.