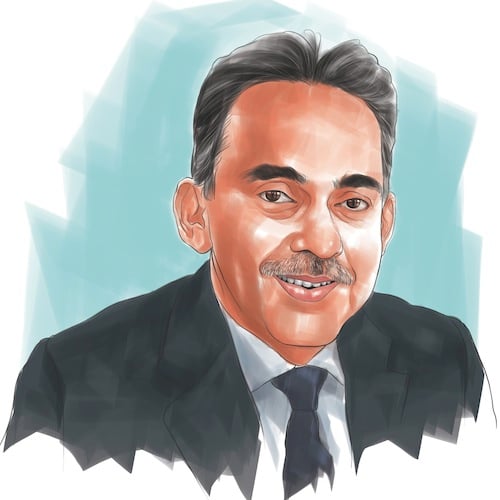 The last year has been an economic roller coaster. I expect 2015 to be no less turbulent due to strong economic, political and security headwinds.

There will be sharp divergences in performances of various regions and countries. However, the long-term forces of urbanisation, attractive demographics and a rising middle class powering the growth of emerging markets will remain intact.

One, when will the US Federal Reserve raise rates and if so by how much? The US economic recovery appears to be on a strong track and unemployment is low.

As against these hawkish signals, inflationary pressures have sharply reduced due to a collapse in oil and commodity prices and there is no evidence of any capacity constraints.

Further Europe, Japan and many emerging markets are showing signs of slowing. In such a scenario, if the rate increases do occur, how will global financial markets respond?

Two, the impact of strengthening US dollar on the global economy. How will import-dependent economies cope with imported inflation? How will countries and companies with large dollar-denominated debts cope with the stress? Will we see a series of competitive devaluations as we did in Asia in 1997?

Three, the price of oil. How will oil-producers cope with the fiscal stress of oil prices being at five-year lows and how will they respond?

While oil importers like India and Turkey will clearly receive a boost to their GDPs, just how will this be offset by the reduction in consumption and investment by oil-producing countries is not clear.

Will the low price of oil kill costlier deep offshore and shale oil investments, or will technological improvements particularly in shale keep improving its economics?

Four, on the geopolitical front, will we see more resolute and coordinated actions from governments to contain, if not eliminate, violent and terrorist non- state actors like ISIS? Or will we let our internecine rivalries and differences come in the way of doing what is the sensible thing to do? And will we see a rapprochement between Russia and the West, or will Vladmir Putin further deepen his pivot towards the East?

Five, on the eastern front, will China manage to grow north of seven per cent or will the law of big numbers and economic gravity finally catch up on China? And if it does, what will be the impact on China’s trade partners?

Will the promise of India be translated to reality? How will Indonesia perform under its remarkable new leadership? Will Nigeria emerge more solid post its Presidential elections in H1, or will the elections exacerbate fault lines that exist in her society?

And finally, will Islamic Banking move from niche to mainstream? Dubai is taking the right steps by looking to become the capital of the Islamic economy. But will this ambition be limited by the lack of specialised talent the industry requires? Should a Chartered Islamic Financial Analyst Program be set up to fuel talent pipeline for Islamic Banking?