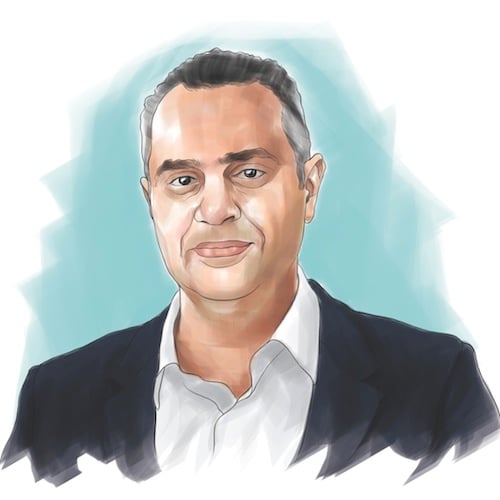 The global e-commerce market is expected to have touched a record high in 2014. But 2015 could also see some fundamental shifts.

For the first time, B2C e-commerce sales in Asia-Pacific are forecast to be higher than North America, making it the largest regional e-commerce market in the world.

Global growth is being mirrored in the Middle East. The regional e-commerce market is forecast to reach $15 billion this year. The UAE is predicted to account for the lion’s share of consumers in the region, with 3.6 million e-commerce customers in 2014, followed closely by Saudi Arabia and Qatar.

The UAE’s e-commerce market alone is expected to reach $10 billion by 2018.

At a strategic crossroads between east and west, Dubai is the pre-eminent e-commerce hub for the region. Technological innovation in e-commerce consequently remains a key priority as we develop more efficient and more reliable logistics and delivery solutions. In 2014, Economic Zones World and Dubai Customs, along with key founding partners, announced the world’s first purpose-built smart retail hub called matajircom.

The initiative is expected be live in 2015 and, provided with hard and soft infrastructure, such as warehousing and clearance mechanisms, will allow SMEs to more easily enter the e-commerce market.

Furthermore, the internet connectivity offered by the UAE puts it in a good position to support e-commerce growth. Internet speed in the UAE today surpasses all other Arab countries, averaging 6.2 Mbps in Q1 2013 and up by 32 per cent in 2014, compared to 2013. The government’s recent initiatives to transform Dubai into a smart city connected with high-speed network lines will positively impact the growth of e-commerce in the UAE.

Despite Dubai’s logistics strengths, however, many challenges remain. Credit card penetration is low, with Cash-On- Delivery (COD) dominating 70 per cent of online shipments.

Region-wide regulatory reform is vital to facilitate the flowering of trade and commerce. GCC countries have not drafted laws specific to e-commerce and transportation and customs costs for delivering goods and services remain high. For example, delivering a package from New York to Dubai costs half of what it does from Dubai to Saudi Arabia.

Though some progress has been made to facilitate enhanced intra-GCC trade, more needs to be done.

GCC states agreed over the summer to resolve hurdles in the implementation of a long- delayed customs union and have set 2015 to implement an integrated customs union. We believe a unified trade model in the GCC will contribute significantly in unlocking the vast potential of e-commerce across the region.

More also needs to be done to enhance internet connectivity in the region. Average internet penetration in MENA was 48 per cent in 2014, just above the global average of 42 per cent. This compares to 61 per cent in the GCC. Additionally 73 per cent of the UAE population had smart phones, in contrast to a mere five per cent
in Egypt in 2013, highlighting the glaring contrast in connectivity across the region.

Despite all these challenges, I am confident that a strong combined push towards further integrating the region’s logistics and transport infrastructure and enhancing its internet connectivity will happen in the coming years – creating a truly open accessible and vibrant e-commerce market.