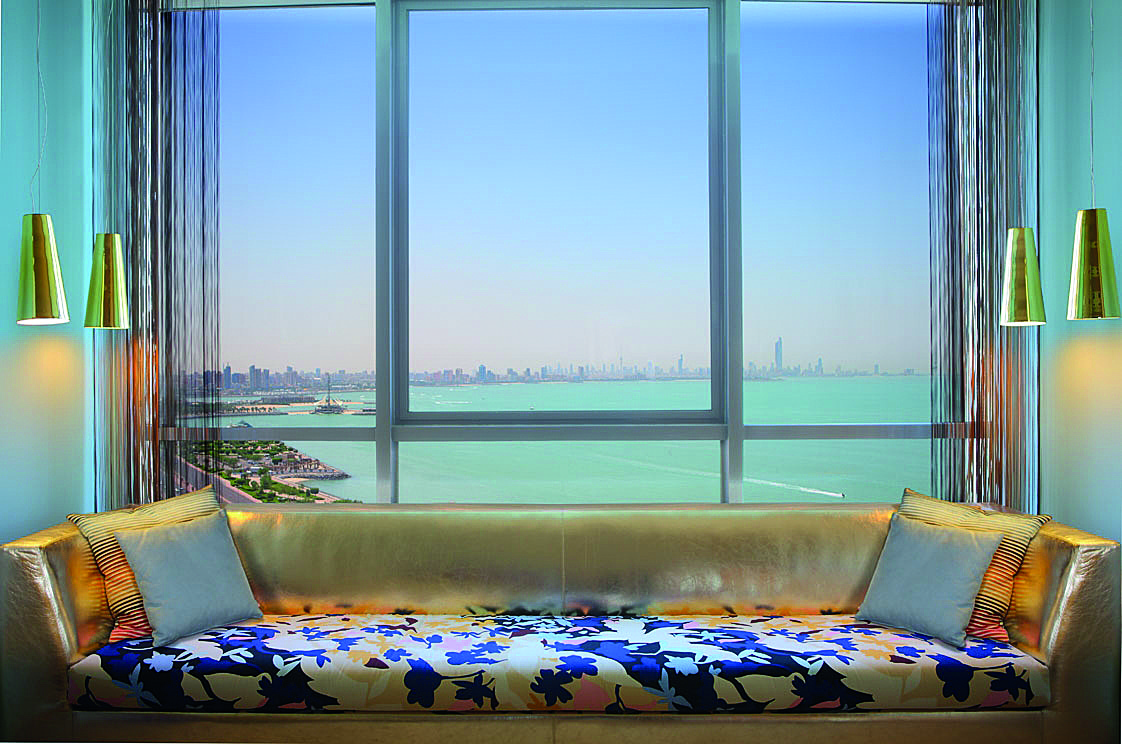 Carlson Rezidor Hotel Group, one of the largest hotel groups worldwide, announced today its first hotel in Kuwait under the group’s Quorvus Collection, a brand created to cater to the luxury traveler.

The Symphony Style Hotel Kuwait, which is 18 floors high with 169 rooms and suites and overlooks the Gulf, will be part of the Symphony complex in Salmiya, the main shopping and entertainment district of Kuwait City.

The interior of the property is designed by Rosita Missoni and echoes colors of desert and sea: gold, sand and turquoise, according to the Belgium and US-based hotel group. All rooms in the hotel will have the latest technology and include free high-speed internet access, and guests will be served by three restaurants serving Arabic, Italian and Mediterranean Cuisine. The hotel also has six event spaces including board rooms, a ballroom, an outdoor pool, and the Six Senses Spa.

The group also announced two more properties, one each in London and Edinburgh, in the Quorvus Collection at the conference. The May Fair Hotel London is a boutique hotel that consists of 404 rooms including twelve suites and home to The May Fair Theatre, while The G&V Royal Mile Hotel Edinburgh has 136 rooms and suites, two restaurants, a bar, event spaces, breakout ares, and spa.

“We are delighted to welcome three iconic hotels to Quorvus Collection, our latest luxury brand. Each property has its own unique style, personality and heritage with one essential factor at the core – a five-star luxury hotel experience,” said Wolfgang M. Neumann, president & CEO of The Rezidor Hotel Group, at the Arabian Hotel Investment Conference in Dubai.

“These three unique hotels lay a strong foundation for the further development of Quorvus Collection. The Edinburgh and Kuwait hotels will join the Quorvus Collection immediately, and we anticipate The May Fair joining the collection later in the summer of 2014. We aim to grow a global portfolio of 20 hotels in operation and under development by 2020 through conversions and newly built urban hotels and resorts”, added Neumann.