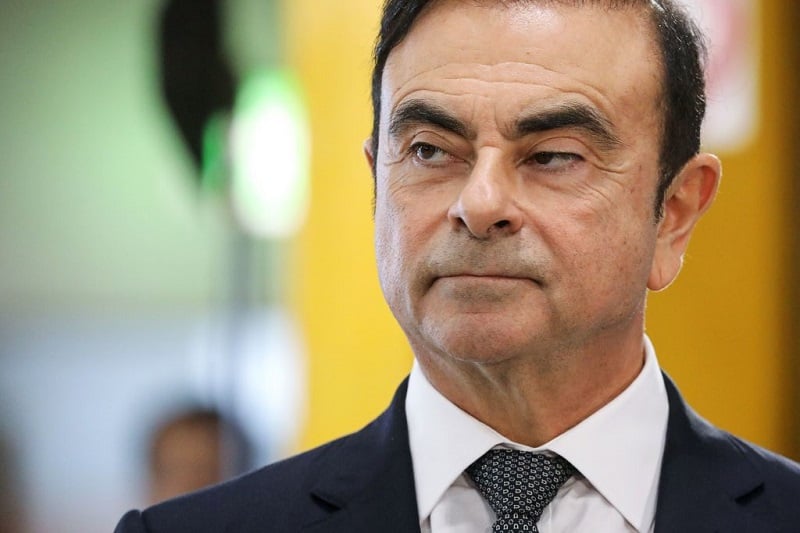 How did Carlos Ghosn do it?

The former head of Nissan Motor Co. and Renault SA, who was awaiting the first of two trials in Tokyo, somehow evaded almost round-the-clock manned and video surveillance and heavy restrictions on his freedom of movement to flee to Lebanon.

From there, Ghosn released an email Tuesday decrying the “injustice and political persecution” of the Japanese judicial system. The 65-year-old faced charges of financial misconduct and raiding corporate resources for personal gain, allegations he denies.

Soon after he resurfaced, the internet lit up with unconfirmed reports and theories of how Ghosn, now an international fugitive, pulled off an escape befitting a Hollywood thriller — one that will be very hard for Japanese authorities to live down. There are still more questions than answers.

In one speculative account, which cited no sources, Lebanese television station MTV reported that Ghosn smuggled himself out of Japan in a large musical instrument box after a Christmas band visited his residence in Tokyo. He was then shipped out of the country and later entered Lebanon from Turkey on a private plane.

Ghosn’s getaway followed weeks of planning, the Wall Street Journal reported, citing unidentified people familiar with the matter. A team of accomplices assembled last weekend to carry out his exfiltration, and his wife, Carole, played a major role in the operation, the newspaper said.

Ghosn was taken from his court-monitored residence in Tokyo onto a private jet, bound for Turkey, from where he continued on to Lebanon, landing there early Monday morning, it said.

A detailed report in the French daily Le Monde, citing unidentified sources, similarly reported that Carole Ghosn organised the escape with the help of her brothers and their contacts in Turkey, and that her husband entered Lebanon with an ID card. He may have decided to flee because of new information Japanese authorities could have obtained from a Swiss bank and from offshore centres including Dubai, the newspaper reported.

The Lebanese newspaper Annahar, by contrast, reported that Ghosn entered the country with a French passport. The former industry heavyweight has Lebanese, French and Brazilian citizenship, though all his passports had been taken from him. Meanwhile, a report that Ghosn met with Lebanese President Michel Aoun was denied by an official at the presidency.

French newspaper Les Echos said Ghosn may have left Japan under a false identity with a forged passport, after boarding a private plane from a smaller airport where he was less likely to be recognised.

The UK’s Guardian said Lebanon officials were instructed by political leaders to ignore arrival formalities for Ghosn at the Beirut airport, citing a senior figure in the country’s ruling class that the newspaper didn’t identify.

The French foreign ministry, for its part, said it doesn’t know how Ghosn pulled off the caper. Lebanon’s foreign ministry said in a statement that Ghosn entered the country legally and it was unaware how he fled Japan and arrived in Beirut.

The Asahi newspaper in Japan suggested Ghosn may have flown out of Kansai Airport near Osaka, citing records from the Ministry of Transport that indicated a private jet left Japan for Istanbul in the evening of Dec. 29. On social media, would-be sleuths also posted private-jet flight information on aircraft that left for Istanbul the same day that Ghosn may have left the country.

Ghosn’s vanishing act has trended on Twitter and inspired a fair amount of word play, as in “Ghosn with the Wind” and “Ghosn, Ghosn Gone.”

It wasn’t just casual tweeters alone. Yousuke Isozaki, a ruling party lawmaker in Japan, tweeted that if another country was involved in Ghosn’s escape, it’s a breach of the country’s jurisdiction and on par with North Korean abductions of Japanese citizens. He called on the government to speak out on the matter.

Japan’s foreign ministry said by email Wednesday they are looking into the matter and can’t offer a comment.

In Japan, Ghosn’s escape dominated the front pages of domestic newspapers on New Year’s Day. Articles reported on speculation of how Ghosn was able to escape, the difficulty of extradition from Lebanon, and that his trial — set to begin in April — was unlikely to occur.

The Yomiuri newspaper, citing unnamed top officials in the prosecutor’s office, reported on anger and frustration there. Those in the office told Yomiuri that Ghosn had made a mockery of Japan’s justice system, blamed the courts and Ghosn’s lawyers for him being out on bail, saying it was obvious he would escape.

Ghosn is expected to give a press conference from Lebanon in his new home after the holidays. In the meantime, red-faced Japanese law enforcement and customs officials have some explaining to do.