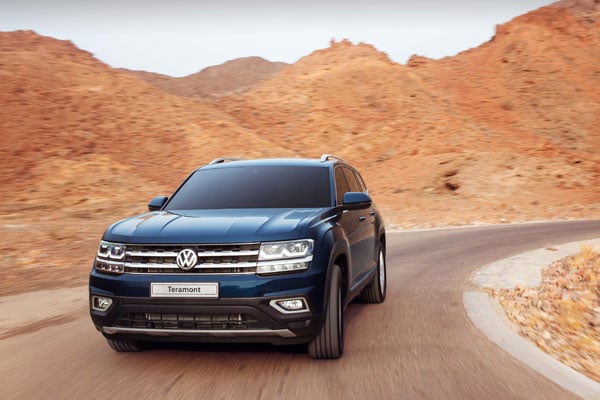 The road snaking its way up from the base of the Al Jabal Al Akhdar mountain in Oman, a two-hour drive from Muscat, was never built for civilians. There’s a military base and a high-altitude airfield located here.

However, there’s also now the Anantara Al Jabal Al Akhdar luxury resort, one of two big five-star hotels located in this mountain range, both of which have opened in the last five years and encourage droves of civvies to visit the area.

We set out to the mountain early in the afternoon from Muscat in the all-new Volkswagen Teramont, VW’s first-ever seven-seater SUV in the region. By dusk we found ourselves at a checkpoint at the base of the mountain where armed guards inspect travel and vehicle documents. They’re there to specifically ward off anything other than 4x4s from climbing the mountain, and with good reason. 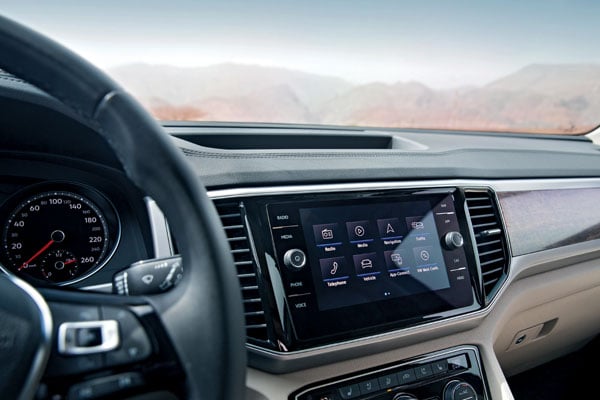 There are very steep switchbacks along the route that was designed for 1,200hp battle-ready tanks, not people- hauling machines. The route is so steep that it takes less than 20 minutes to get to the 6,500 square foot high Saiq plateau, where the Anantara is located, from the base checkpoint.

Still, the 3.6-litre V6 doesn’t break a sweat during the ascent. You can keep the eight-speed gearbox in automatic mode for most of the way up, with only very few stretches requiring manual mode.

Soon enough we reach the Anantara where we’re scheduled to spend the night before returning to Muscat the following morning. Ascending Jabal Al Akdhar is easy, descending not so much. But we’ll get to that in a bit.

Globally, Volkswagen is on an SUV offensive strategy. A necessary move when you consider that one of every four cars sold in the world today is an SUV. Sure there’s the Tiguan and Touareg, but VW needed something that could slot comfortably into its lineup and introduce a full seven-seater capacity into its arsenal. 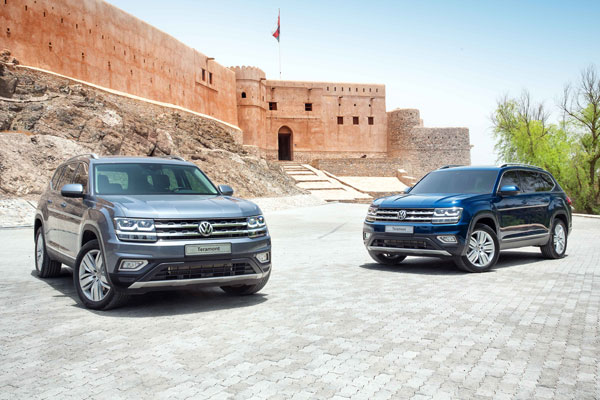 The Teramont debuted in the US last year under the name Atlas – the American market has its own nomenclature for its cars. Subsequently, it was rolled out in Canada, Mexico, China, Russia and now in the Middle East. It’s built on VW’s excellent MQB platform – that versatile platform that underpins cars from the Polo and Passat to the Teramont.

At 5,360mm long, it’s significantly longer and wider than the Touraeg. VW has done well to maximise the long wheelbase to translate that into an airy cabin. There are three rows of seats and even a six-footer can comfortably sit in the middle row, which can be configured to lock down three car seats.

Don’t have three kids? No problem. You can have the middle row configured with two individual captain seats, each with their own armrests. You lose a seventh seat, which you really don’t need if you are a family of four, and the kids won’t be jostling and ribbing each other through those weekend drives out of town. Frankly, a worthy trade-off. 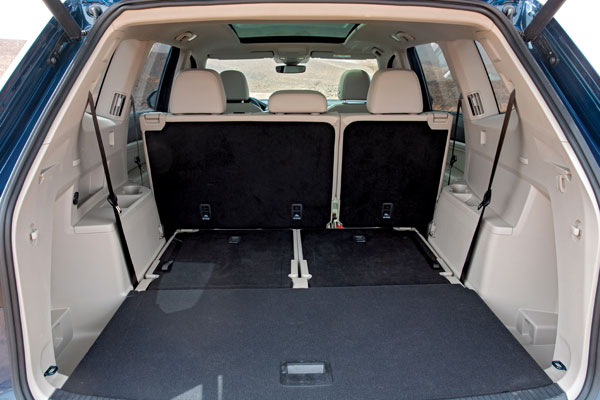 Our test-drive car is the top- of-the-line SEL model that has an R Line aesthetic package added onto it. The large sunroof floods the cabin with plenty of natural light. The SEL model gets a bass-laden 12-speaker Fender music system, ventilated car seats up front and an eight- inch infotainment screen in the front console, which is surprisingly easy to navigate when you want to pair your phone or control the car’s individual climate zones.

Mountain driving is dramatically different to doing so on the highway or in the city. Before we set out from the Anantara the next morning , we’re instructed to stick the car into manual mode.

Standing on your brakes, a natural impulse when you see a sharp descent, results in the brakes overheating. Do that carelessly and frequently enough on a mountain, and your brakes will likely fail altogether. Not surprisingly, the road engineers at Jabal Al Akhdhar have designed nine run-off ramps along the route down for precisely those misguided motorists who will need to bring it to a halt.

I knock the gearbox into manual mode and slip it into second gear. The engine howls in protest as the needle begins to swivel wildly on the rpm meter. The car begs to be slipped into a higher gear, but I must resist and let the heaving engine be the reason that the car descends slowly. I don’t need to touch the brakes, except for the slightest dabs when navigating particularly sharp bends. 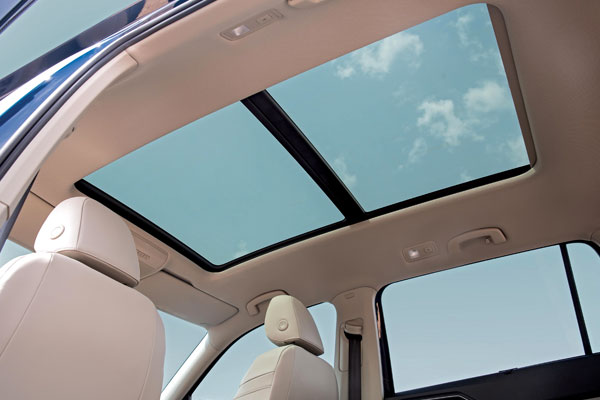 Keeping the car in second and third gear all the way down, we’re soon at the base of the mountain. About an hour later, we break away from the Route 15 highway for a brief off- roading experience in a valley. The Teramont isn’t built to be a hardcore off-roader, but is still a formidable machine when taken off-road.

Thanks to 4Motion technology for permanent four- wheel drive, it is surprisingly agile and capable off road, but bear in mind that its target audience is more likely be doing supermarket runs and school drops rather than barrelling down dirt tracks.

Soon, we exit the valley and back onto Route 15 to complete our final stretch to Muscat. On the highway, the car’s suspension feels relaxed and its acceleration is responsive but never aggressive.

There are four models of the Teramont, the 2-litre S, and the 3.6-litre variants of the S, SE and SEL models. The 2-litre variant starts at just over Dhs137,000 while the top-end SEL model costs a fraction under Dhs190,000. Previously, if you wanted the R Line treatment to any VW car – an aesthetic package that includes special alloy wheels, side skirting and a few trims in the interiors – you needed to buy the top-end model and then add the R Line onto it. But with the Teramont, VW is now allowing customers to add the R Line package onto the SE model as well.

It’s cars like the Teramont that will help tilt that ‘one of every four cars sold is an SUV’ statistic even further in favour of SUVs not too far down the line.