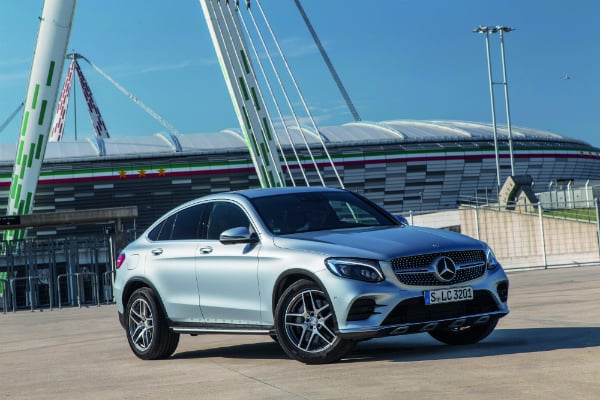 As far as small SUVs go, the Mercedes GLK clearly stood out from the crowd. Back when it hit the market in 2009, it was an anomaly in the SUV landscape being small enough to manoeuvre around the urban jungle but with adequate carrying space and a modicum of offroad ability.

The GLC is its successor, continuing the Mercedes rebadging process to bring the models into order, and now reflects the C-Class it is based on. However, making its mark in a segment that has since been flooded with the likes of the Audi Q5, Porsche Macan, Range Rover Evoque and Jaguar F-Pace, not to mention old sparring partner the BMW X3, is no easy task.

Unlike the square-edged GLK, the GLC follows the current trend of coupé-style roundness in an attempt to also grab a few sales from the likes of the BMW X4.

Power comes from a 2-litre, turbocharged, four-cylinder engine and the vehicle is claimed to weigh 80kg less than the GLK thanks to a mixture of aluminium and high tensile steels.

Behind the wheel I felt that it could do with a few more horses under the bonnet. Whether driving through all four wheels or just two, its nine-speed auto transmission was never comfortable staying in one gear for long, hunting between ratios with a frequency that became irritating at times.

In this regard though, I’m sure the AMG43 version that’s since been announced will make up for that. For driving around the city the GLC’s performance is probably adequate but on the country roads of our test loop we had the accelerator buttoned to the floor many times waiting for it to wind up sufficient overtaking speed.

The suspension is multi-link all round with significantly wider tracks than the GLK. Ground clearance is 181mm and although AMG examples have firmer sport suspension springs, it doesn’t affect the ride height. An off-road package delivers another 20mm of ground clearance with improved approach and departure angles.

In addition, Mercedes offers a height-adjustable air suspension that extends ground clearance to as much as 227mm, beating all but the equally air-suspended Porsche Macan.

The interior closely resembles that of the C-Class so it’s a heady mix of leather, timber veneer or carbon fibre and polished alloy surfaces giving a quality look and feel of a car that’s at least a class above where it currently sits.

The optional 590W Burmester audio system is also punching above its weight and it’s worth purchasing the extra-cost Premium Plus pack as it upgrades the standard DAB Tuner, navigation system and audio system as one.

There is also a variety of additions to the Sport model including electric folding mirrors, heated front seats, Garmin satellite navigation, LED headlights and a self parallel parking mode. While the range-topping AMG

Perhaps the most noticeable feature across the range though is the larger interior space. The new model’s extra 120mm of length and 50mm of width over its predecessor provides up to 1,600 litres of storage space when the 40/20/40 rear split seat is folded flat.

This equals the capacity of the BMW X3 and beats the Audi Q5 but, best of all, the loading space is wide, square and flat like the GLK, meaning it is nearly all useable.

The GLC300 is a good mix of practical family transport with the quality, luxury feel of a larger Mercedes model, but unfortunately it just lacked the performance I was expecting.