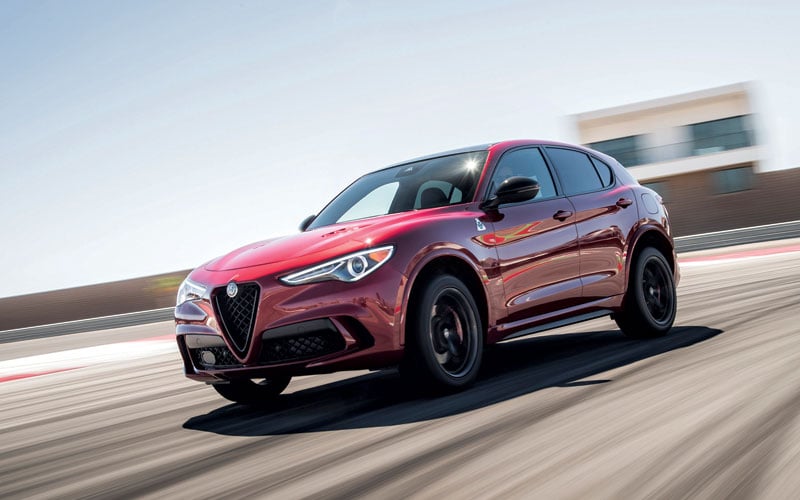 Think Alfa Romeo and chances are you begin to visualise a svelte coupe or roadster, or perhaps one of the many elegant saloons that the Milanese brand has served up over the past half-century. However, it’s no secret that the bulk of today’s new-vehicle sales are accounted for by SUVs.

The Alfa Romeo brains trust obviously hasn’t been oblivious to this trend, and the Stelvio – launched locally in 2018 – has been the company’s first salvo in the crossover SUV genre, with the smaller Tonale set to follow over the coming year. Evocatively named after one of the world’s greatest driving roads – Italy’s vaunted Stelvio Pass – the former has done much, along with the Giulia saloon, to restore Alfa Romeo’s image as a marque that produces cracking driver’s cars.

The subject of this feature is the range-topping Stelvio Quadrifoglio (Italian for four-leaf clover – hence the logo on the front fender), which packs a fire-breathing 2.9-litre twin-turbo V6 motor that kicks out a towering 510hp and 600Nm. The sonorous Ferrari-built engine is mated to a smooth-shifting eight-speed automatic transmission and an all-wheel-drive system that cleverly juggles power delivery to all four wheels for maximum traction and efficiency. 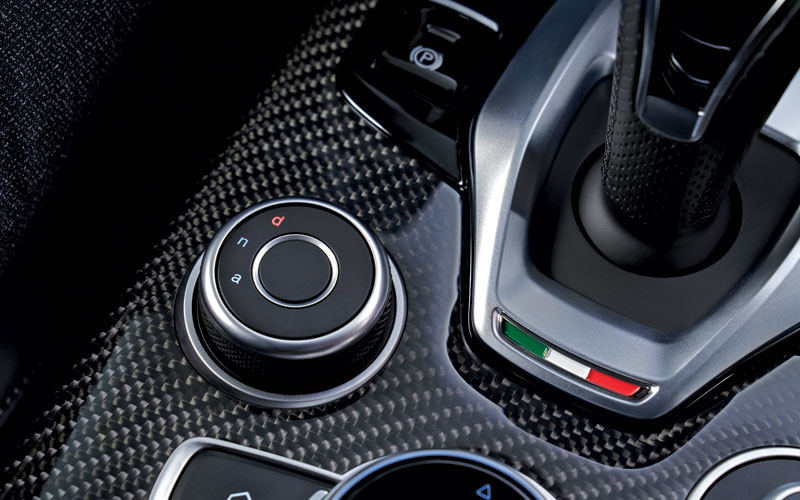 The raw numbers state the Stelvio Quadrifoglio can demolish the 0-100kph sprint in a supercar-baiting 3.8 seconds and hit 283kph flat out, yet it’s a remarkably user-friendly and docile car when you’re merely pootling along in the softest of its four driving modes. However, slot it into ‘Race’ mode and a completely different beast is unleashed.

Although much of the Stelvio’s hardware is shared with the Giulia Quadrifoglio – including its drivetrain, platform, carbon fibre driveshaft and torque-vectoring rear differential – unique to the SUV is a Q4 all-wheel-drive system that sends 100 per cent of drive to the rear wheels under normal conditions. That said, up to 50 per cent of torque is shunted to the front axle when the rear tyres run out of traction.

The agility of the Alfa is evident the first time you wind on some steering lock, as there’s none of the inertia and hesitation in turning in to a corner that are normally part and parcel of the SUV experience. If it weren’t for the fact you’re perched in an elevated chariot, the feeling from behind the wheel is that you’re pedalling a very capable sports sedan.

The DNA Pro drive mode selector gives you four options (Race, Dynamic, Natural and Advanced Efficiency). The first of these is obviously the most aggressive, activating the ‘overboost’ function, opening up the two-mode exhaust and deactivating the ESC stability control system while sharpening up throttle, transmission, braking and steering response.

However, in case you still want to have the reassurance of the ESC system to rescue you when things get too tricky for your driving skills to cope with, you can simply opt for Dynamic mode, which activates the electronic safety net yet still provides enough side-slip leeway to not ruin the fun or stall your momentum even as you launch out of tight hairpins.

That 2.9-litre twin-turbo V6 is an absolute jewel. Although it sounds a bit lacklustre at idle, the direct-injection motor makes some great noises as it makes its way to 6,500rpm. There’s plenty of grunt at low to middling revs, too, as reflected by the fact that peak torque of 600Nm is on tap from just 2,500rpm. 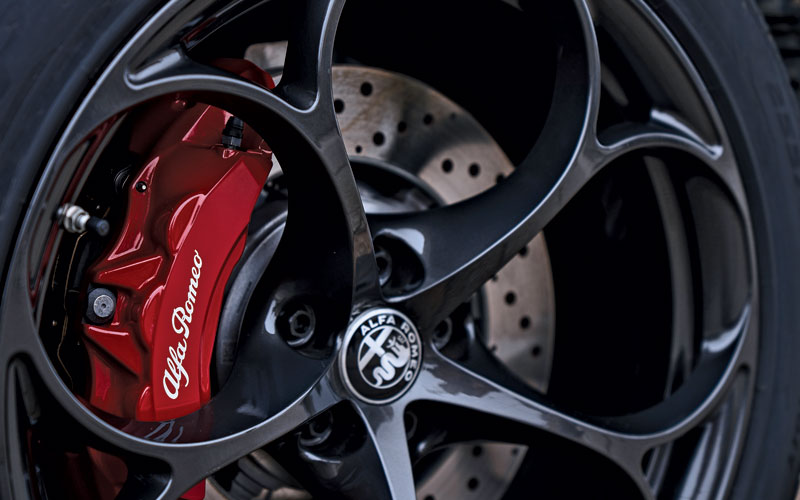 Alfa’s engineers have also nailed the calibration of the ZF eight-speed auto, as there’s no perceptible delay in upshifts or downshifts with the DNA Pro selector slotted in Dynamic or Race mode. There’s a lovely “braaaap” that accompanies shifts, adding to the Stelvio Quadrifoglio’s overtly spor-ting persona.

Luggage space is reasonable without being class-leading, as there’s 525 litres on offer if you’re content with a tyre-inflation kit (it shrinks to 499 litres if you want a spare tyre). Fold the rear seats flat and storage space swells to 1,600 litres. The interior ambience of the existing Stelvio Quadrifoglio has come in for some criticism over the past couple of years as the infotainment system is outdated and there’s too much hard plastic for a vehicle with a starting price of Dhs350,000, but that has been addressed in the new 2020 model that lands in local showrooms from July onwards. The newbie features higher quality materials in the cabin – especially on the centre console – but the key addition is an 8.8-inch central touchscreen for all the infotainment functions. These were vital upgrades, particularly as rivals such as the Mercedes-AMG GLC 63, Porsche Macan Turbo and BMW X3M/X4M have high-quality, state-of-the-art cabins.

At the end of the day, what’s particularly likeable about the Stelvio Quadrifoglio is that, even though it’s oriented on the extreme end of the sporting SUV scale, it manages this without sacrificing everyday usability and comfort. Ride comfort is agreeably compliant, and it cruises in relative refinement, although there’s a fair bit of wind noise from around the windscreen pillars at speeds of 120kph-plus.

The Stelvio Quadrifoglio impressed from day one as a stupefyingly fast, engaging and charismatic wagon, but the latest upgrades have done much to address its shortcomings inside the cabin. It’s now a genuine threat to the German go-faster SUV brigade.