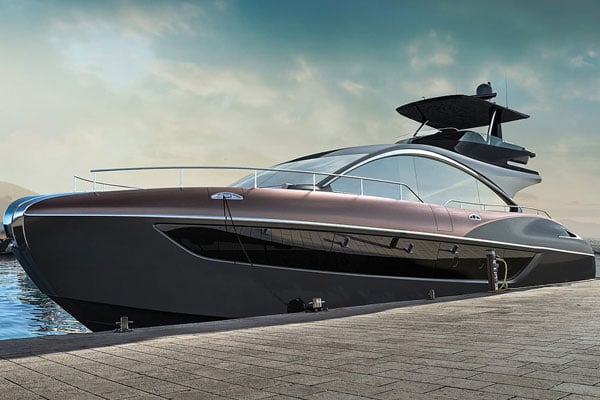 We’re way past the point where we think of carmakers as restricted to making just cars. For example, there’s Aston Martin that’s building luxury apartments in Miami (and Porsche who’ve already built apartments in Miami), Ferrari operating theme parks around the world and Honda unveiling a six-seater private business jet. Add to that list Lexus who decided that their business expansion plan would go completely off road – in fact, into the sea.

Two years ago, Lexus partnered with Marquis yachts to build a one-off Lexus 42 Sport Yacht that will soon be on permanent display at the Toyota Museum in Tokyo. 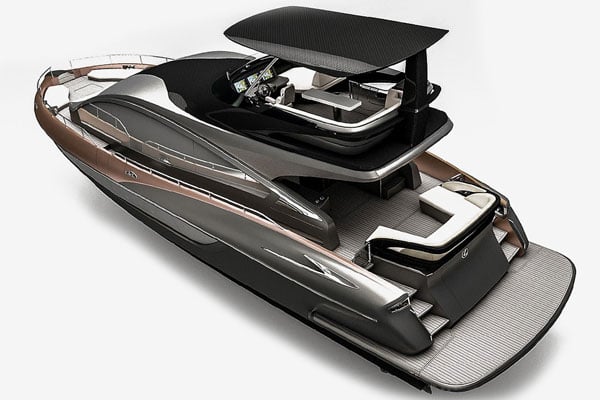 But that was just a proof of concept. Now, Lexus has decided to make a full-fledged entry into the yachting world with the unveiling of this Lexus LY 650 yacht earlier this month.

The LY 650 is a 65-foot yacht with a 19-foot beam has three luxury stateroom below deck that can accommodate up to six guests for an overnight cruise. If it’s being taken out only for the day, up to 15 guests can get on board the yacht. 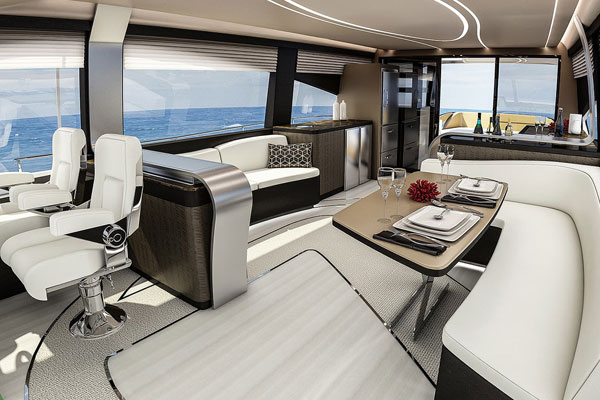 The pictures of the yacht reveal ivory couches, marble top counters, large flat-screen retractable TVs that can be stowed away into a cabinet and a stainless steel lined bar.

There’s the “Takumi” craftsmanship deployed in the design and finish of the yacht. Takumi refers to one of the highest levels of craftsmanship in Japan and an example of it can be found in the carmaker’s LS 500h saloon. In that car, you get pleated inserts inspired by Origami in its doors and Kiriko interior glasswork. Takumi craftsmen need to pay such astute attention to detail that they reportedly have to undergo an eye examination every four months to make sure that their eyesight is in perfect condition. 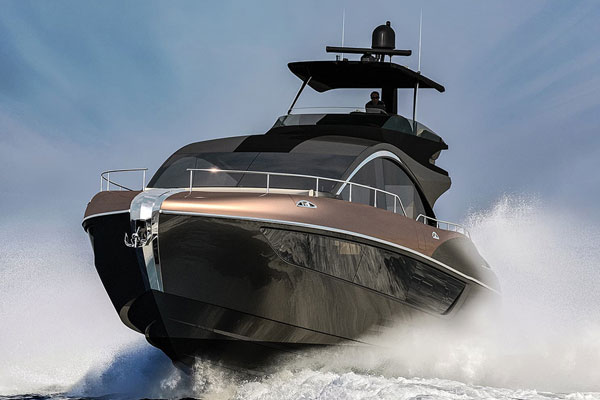 According to a report on New Atlas, construction, sales and servicing of the yacht will be handled by the Marquis-Larson Boat Group, the same group that partnered with Lexus on the 42 Sport Yacht. The new LY 650 yacht will be available starting mid-2019, although the price hasn’t yet been revealed. Still, it isn’t too early to get your guys to call their guys and put your name down on the waiting list which – by the images of the yacht that have already been released – we’d imagine is filling up fast.