What can we expect from world markets in 2017? - Gulf Business 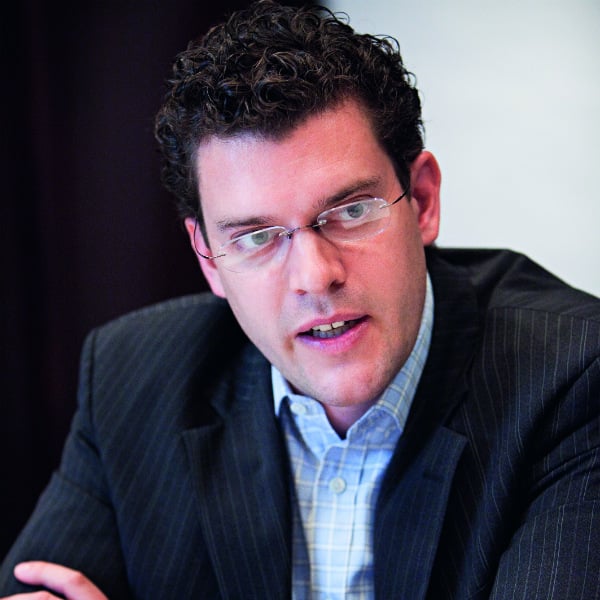 Throughout much of 2016, bond markets held onto stretched valuations in US Treasuries, largely ignoring the undercurrents of rising inflation and resilient strength in the US labour market.

During the first half of the year, there were even a number of market participants arguing that inflation had become structurally lower and that deflationary risks were of great concern. Our research indicated just the opposite, and we warned investors of what we believed were exceptional vulnerabilities in US Treasury valuations and asymmetric risks in longer duration exposures.

Markets began to incrementally trend toward that viewpoint in October as the 10-year US Treasury note’s yield modestly rose. By November, a sharp correction in US Treasury valuations was fully underway, manifesting very quickly after the results of the US election as markets appeared to rapidly move toward our long-held view that inflation pressures were rising.

Once those corrections to yields began, they were quite severe in a very short period of time, demonstrating just how extreme those valuations had become. Rising yields in the US were accompanied by depreciations of the Japanese yen and the euro.

As we look towards 2017, we expect many of those underlying conditions in developed economies that were rapidly driven back into market pricing in late 2016 to only deepen and extend.

We anticipate increasing inflation in the US as wage pressures rise and the economy continues to expand, while the euro-area and Japan diverge markedly from the US path. These global trends are likely to continue to pressure bond markets in the developed world but also to generate significant opportunities in specific local currency emerging markets (EMs) where yields have been high and currencies already appeared extremely undervalued, even as their economic fundamentals have remained resilient.

We are optimistic on the valuations in specific EMs in Latin America and Asia excluding Japan, but remain wary of duration risks across the developed world.

Rising US inflation pressures in 2017

Our case for rising inflation in the US is primarily centred on rising wage pressures across a US labour force that has been at full employment for much of 2016 and continues to strengthen, accompanied by overly loose monetary policy and fiscal policy set to expand.

Core consumer price index (CPI) inflation has persisted above 2 per cent throughout 2016 and shows signs of continuing to trend higher.

Ultimately, we expect headline inflation to rise above 3 per cent in early 2017 as the base effects from last year’s decline in oil prices fall out of the figures.

Additionally, we expect an escalation in government spending from the incoming US administration, notably in the form of increased infrastructure development. This would add to existing inflation pressures, give a boost to growth and likely increase the level of US Treasury issuance.

In the event that the incoming administration imposes trade restrictions and tariffs, this would also drive up the costs of goods in the US. Taken together, we expect inflation to exceed the US Federal Reserve’s target by early 2017 and believe the Fed needs to continue to hike rates.

We also see scenarios in which the market should continue to drive yields higher regardless of the Fed’s timeline.

Weakness in the euro and Japanese yen likely to continue

As rates trend higher in the US, we expect continued strengthening of the US dollar against a number of vulnerable currencies, most notably the euro and Japanese yen.

Markets began to see a refortifying of the euro’s and yen’s depreciating trends in October as US Treasury yields rose while the European Central Bank (ECB) and Bank of Japan (BOJ) continued to run exceptionally accommodative monetary policies.

Those depreciations only deepened after the US election results in November as the 10-year US Treasury note’s yield surged above 2.2 per cent. We continue to see strong cases for on-going monetary accommodation in the Eurozone and Japan, as both regions need currency weakness to support their export sectors and drive growth. Each relies far more on the weakness in their currencies than the US does and both also need inflation, particularly Japan.

The growing rate divergences between the low to negative yields in the Eurozone and Japan and rising Treasury yields in the US, should benefit the objectives of the ECB and BOJ, in our view, motivating the central banks to take more assertive measures now that they can be more effectively deployed against firmer rate increases in the US. The euro also faces increased pressures from rising political risks with the recent rise of populist movements in the European Union (EU).

Upcoming elections in France and Germany in 2017 will be important indications of just how strong or vulnerable the political will is to uphold the EU and Eurozone project. On the whole, Europe’s need for continued policy accommodation and currency weakness is more immediate to the upcoming year, while Japan’s need is more on-going and long term. Nonetheless, we expect weakness in both currencies in the upcoming year.

Across EMs, we continue to see significant variations between vulnerable economies and a number of much stronger ones. Markets reacted negatively toward a broad group of EMs in the wake of the US election in November, on fears that protectionist US policies could damage global trade.

However, we have seen a shift in the incoming administration’s earlier warnings of enormous tariffs to more of a balance of free and fair trade. There are several scenarios in which the actual impacts to specific EM economies from trade policy adjustments could be minimal to negligible, in our assessment.

Additionally, a number of EMs have already weathered severe shocks over the last year and appear far more resilient to potential increases in trade costs at the margin than markets have indicated. In fact, several EMs have significantly improved their resiliencies over the last decade by increasing their external reserve cushions, bringing their current accounts into surplus or close to balance, improving their fiscal accounts, and reducing US-dollar liabilities.

During periods of short-term uncertainty, markets tend to overplay the potential US policy factors and under-recognise the more important domestic factors within the countries. We expect those valuations to ultimately revert back toward their underlying fundamentals over the longer term as markets more accurately assess their actual value.

We have positive outlooks for several local-currency exposures in specific EMs that we view as undervalued, notably Mexico, Brazil, Argentina, Colombia, Indonesia and Malaysia, among others.

Specifically regarding Mexico, any free trade restrictions would not end trade between the US and Mexico, they would just raise the costs. Many of the largest US corporations have extensive investments in Mexico and have integrated Mexican production into their supply chains. This considerably complicates the ability of any administration to significantly reduce trade between the two countries, even with an imposition of tariffs.

Negative effects on the Mexican peso from potential trade restrictions have been excessively priced in by markets in our view, and do not reflect fair value even when factoring in a reversion to World Trade Organisation trade standards. We expect a recovery in the peso as the country’s central bank continues to use policy to strengthen the currency and markets adjust to the underlying fair value.

Indonesia is also a strong example of the resiliency in specific EMs. We saw commodity prices collapse, trade volumes decline and China’s growth moderate, yet Indonesia has still been growing at 5 per cent, with a balanced current account when including foreign direct investment.

Additionally, we have seen massive depreciations in EM currencies in 2016, yet there have been no solvency issues in countries like Indonesia or Malaysia. Twenty years ago, it may have been more difficult for many of these countries to weather a protectionist trade shock, a commodity price shock and an exchange rate shock all at the same time. Yet today these countries are in much stronger positions to handle these types of macro shifts and changes to global trade policies.

Should the Trans-Pacific Partnership (TPP) not be concluded, it would not be catastrophic to countries like Indonesia—certainly the region would be stronger with that type of trade agreement, in our assessment, but Indonesia was strong without the TPP and is not dependent on an enhanced trade agreement to continue its performance. Markets have tended to follow the headline impact of trade policy rhetoric, in our opinion, yet the underlying fundamentals tell a much stronger story.

Overall, as we turn the calendar to 2017, the risks of rising populism in Europe and the US, and the potential impacts to global trade from protectionist policies bear watching.

Despite an increase in developed-market political risks, there are a number of compelling opportunities across specific EMs that give us optimism for the upcoming year.

Ironically, several Latin American countries, such as Brazil, Argentina and Colombia have recently turned away from previous failed experiments with populism and have moved toward more orthodox policies, taking pro-market and fiscally conservative approaches while maintaining credible monetary policy.

We continue to prefer a number of undervalued opportunities across local-currency EMs over many of the overvaluations and low yields across the developed markets. It is our hope for 2017 that developed countries experimenting with populism can skip the negative consequences by instead returning to the successes from more orthodox policy-making.