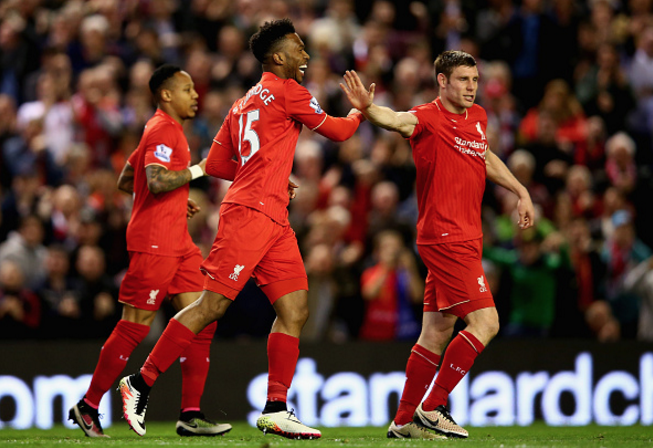 Liverpool are rumoured to be in talks with a Middle East buyer? Sound familiar? We’ve been here before with Dubai Investment Capital back in 2007.

Rumour has it at that time Hicks and Gillette (then owners of LFC) were not happy with the offer from DIC but also not happy with having to deal with a woman in the shape of the tried and trusted Amanda Staveley. Staveley is well known in this part of the world as a broker for many of the biggest commercial deals involving Gulf investors purchasing stakes in companies such as Barclays Bank and of course it was she who facilitated the purchase of Manchester City Football Club. We know what happened next.

But what happens now for Liverpool? I remember back in 2007 regularly being interviewed by newspapers and radio stations on Merseyside with a narrative that almost urged me to persuade the powers that be to buy Liverpool, as if I had any influence with Samir Al Ansari or the Maktoum family. They cried out for a Middle Eastern Sheikh ready to splash oil cash on one of the most famous football clubs in the world.

WHAT’S IN IT FOR A UAE BUYER?

So why buy Liverpool and why now? For the Fenway Group selling up makes perfect sense as they will have doubled their money in their six years of ownership. Many forget that they are an ‘American sports investment group’ – the word investment should give you a clue. So they are not in this for the sentiment.

But for His Highness Sheikh Khalifa (as reported by The Daily Star newspaper) or as I suspect another member of the Al Nayhan family the reasons are wholly different.

Joe Morrison has broadcast live to football audiences across the Middle East and Asia. Here he discusses what a UAE buyer would get out of taking on Liverpool FC.

A football club and especially a Premier League one is a global platform, football is after all the global game. If I put a photo of Sheikh Mansour in front of you now, you would recognise him straight away as would the majority of Manchester City fans and many football fans around the world. Prior to his purchase of City he was unknown despite his vast wealth. Manchester City acts as a billboard for Etihad, Eitsalat, Abu Dhabi tourism and Aabar to name just a few.

Now money can buy you many things including power but only football can deliver recognition around the globe whether that is personal or commercial and Liverpool Football club is not just a shop window but the whole of Regent street. Who knows exactly what His Highness Sheikh Khalifa is worth but I can tell you that I have 3,000 GBP in the bank right now and if I was offered one of the greatest names in world football for 65 quid…….I would snap their arm off!

Anyway it is more honourable to buy a football club than it is to buy a World Cup.

Joe Morrison is a TV anchor at Sony ESPN, which broadcasts live football coverage across the Gulf and Asia @joefooty