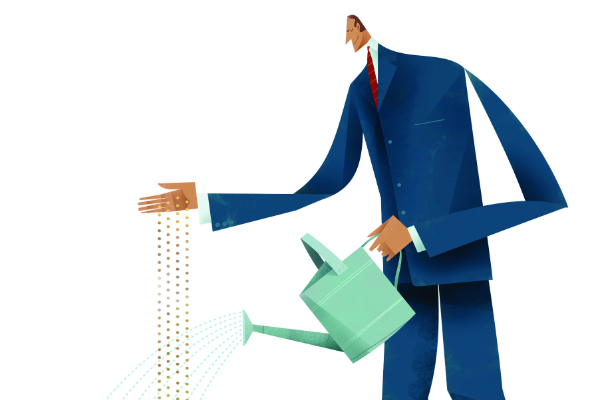 It is no secret that sustainability has become a major buzzword in UAE government circles.

A series of projects, plans and strategies are in the works to increase the contribution of clean energy to the country’s energy mix from 25 per cent to 50 per cent by 2050 and reduce the carbon footprint of local power generation by 70 per cent.

Meanwhile, the country has formed a national committee to implement the United Nations Sustainable Development Goals (SDGs) and report its progress.

But in the private sector, the sustainability message has moved at a somewhat slower pace.

In particular, over the last two years as companies have tackled reduced economic sentiment linked to lower oil prices, some argue the focus has been on cost cutting rather than sustainability strategies.

However, there is an increasing train of thought that businesses cannot afford to ignore or appear uninterested in sustainable practices – even in trying times.

“Here in the UAE, an increasing number of organisations have already incorporated elements of the SDGs into their existing sustainability considerations and approaches, but the gap when compared to global counterparts provides an opportunity for UAE companies to do more,” says KPMG Lower Gulf’s head of sustainability services Hanife Ymer.

One reason for businesses to take notice is consumer pressure. In a 2015 global survey of 30,000 people across 60 countries, Nielsen found nearly three out of four millennials were willing to pay extra for sustainable offerings.

In addition, 66 per cent of overall respondents said they were willing to pay more for products and services that came from companies committed to a positive social and environmental impact.

This in turn was reflected in company finances, with Nielsen noting sales of consumer goods from brands that had demonstrated a commitment to sustainability were up more than 4 per cent globally, while those without grew less than 1 per cent.

On a regional level the figures were even more encouraging with consumers in Latin America, Asia, Middle East, and Africa 23-29 per cent more willing to pay a premium for sustainable offerings.

Businesses in the UAE are taking notice; with Emirates Wildlife Society in association with the World Wildlife Fund (EWS-WWF) noting rising interest in sustainable business practices over the 16 years it has been operational.

“Over the years we have been witnessing an increasing organic interest in sustainable business practices, and the data suggests this trend will continue to grow as governments and businesses seek to encourage and adopt sustainability strategies,” says director of business development Abdulla Al Nuaimi.

He believes that private sector firms in the UAE can become part of the solution to the country’s environmental challenges and assist in key goals like addressing climate change and conserving the country’s national heritage, marine and terrestrial wildlife through long-term business strategies.

As a sign of this growing interest, some of the country’s largest companies are taking notice.

Emirates Global Aluminium, the UAE’s biggest industrial company outside of oil and gas, launched its first sustainability report in August to detail its “values, commitments, aspirations and achievements in environmental, social and economic performance”.

Included in the report is data on the company’s performance in areas like emissions, safety, technological innovation, community engagement, waste and effluent management and social responsibility with entries as far back as 2014.

“We recognise that our role must extend beyond simple compliance or keeping up with our peers. Working with our customers, regulators, shareholders and stakeholders, we intend to be an innovator and a leader in sustainability,” says managing director and CEO of EGA Abdulla Kalban.

Perhaps more surprisingly for an industry not often associated with sustainability, Emirates National Oil Company (ENOC) too has committed to an expansive agenda, with $16.3m invested towards implementing initiatives over the 2014-2017 period. In 2017, the company published its first sustainability report following guidelines of the independent Global Reporting Initiative (GRI).

“Of course, we can [change the perception of oil companies not being sustainable] – and we are already doing it. As a National Oil Company (NOC), we follow the vision of our leadership, focused on promoting sustainable development,” says ENOC Group executive director, shared services centre, group HR, new business development Hesham Ali Mustafa.

“We firmly believe that sustainability can be achieved only if we transform the way businesses think and operate. We are evolving in a way that aligns with this philosophy. Through our initiatives we have proved that going green does not mean resorting to capital-intensive initiatives. The key is to think smart and look for creative, innovative and incremental measures – that can bring transformational change.”

Other notable announcements have come from Dubai Properties, which said last month it had completed the instalment of energy-saving systems from Honeywell and Signify in its communities that will offset an estimated 1,450 tonnes of CO2 emissions annually.

The initiative, in partnership with the Green Building Council, aims to encourage the emirate’s 700 hotels to engage in sustainable practices like energy conservation, water conservation, waste management and sustainability engagement of staff and guests.

EWS-WWF’s Al Nuaimi says the organisation is also working with Dubai Tourism on a number of initiatives ranging from a sustainability board game to workshops and training sessions.

“We know that one organisation alone can’t effect the change needed. The changes we want to see in the world can only come about through the efforts of many actors including local communities, multinational corporations, governments and NGOs,” he says.

“At EWS-WWF, we are working to implement sustainable solutions that strike a balance between the UAE and region’s economic and environmental wellbeing.” 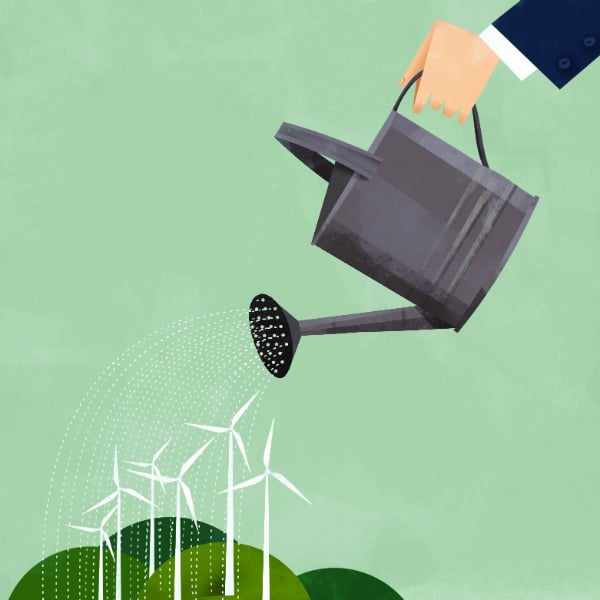 Another notable sustainability initiative in the UAE this year has come from the local franchise operator of UK supermarket chain Waitrose, Fine Fare Food Market, which is engaging in a 12-week trial across five stores in Abu Dhabi from June 16 to September 8 to reduce usage.

In the opening weeks of the initiative, the company saw a 74 per cent reduction in the single use of plastic bags and a dramatic rise in the purchase of reusable plastic bags from 60 during the same period last year to 5,728. It subsequently decided to roll out a scheme, allowing customers to deposit used bags for other shoppers to use, across all Waitrose stores.

“Being an independently-owned retailer, we benefit from being able to listen to our customers and react to the changing shape of the retail landscape quickly and effectively, and in order to bring about change, we want to help our customers make small shifts in their behaviour, to eventually lead to positive habits,” says Fine Fare Food Market and Spinneys Dubai CEO Matthew Frost.

“Upon completion of the trial initiative on September 8, we will conduct a full analysis of the scheme reviewing data on single-use plastic bag reduction, as well as qualitative information from our customers – with the hope to be able to roll out the initiative across all of our stores.”

Frost says businesses and consumers in the UAE are becoming more aware of plastic pollution following wider steps taken globally that have seen governments and supermarkets in a number of countries including the UK and Australia aim to reduce plastic bag usage by charging customers.

“We are working internally on identifying key areas for plastic reduction, from the deli to microbeads in health and beauty. We are also working closely with our suppliers to ensure sustainable production and new innovative means of packaging.”

He suggests the trial has shown that consumers are willing to make small changes in their behaviour in a country where the Ministry of Climate Change and Environment estimates 11 billion plastic bags are used each year.

“As we continue to shine a spotlight on a global issue at a local level – it’s important that change is enforced and I believe that a permanent charge for single-use plastic bags will be welcomed by the UAE community.”

ENOC has also pushed forward a number of consumer initiatives including the introduction of bio-diesel produced from waste vegetable cooking oil and compress natural gas stations and electric vehicle charging stations at all of its new fuel stations.

Mustafa says the company is now discussing the introduction of hydrogen as a fuel with biofuel manufacturers having also recently unveiled the Middle East’s first solar photovoltaic powered retail station in Dubai.

“Moving forward, all the upcoming stations of ENOC will be powered by Solar PV, including our stations in Saudi Arabia,” he says.

“Also as part of the Sustainability Index, all our business units are mandated to implement solar PV in their operations before end of this year.”

Other plans include an expansion of Jebel Ali refinery, due to be completed by the end of 2019, to increase production levels and ensure products meet environmental standards.

The company has achieved Dhs45m ($12.2m) of savings through energy efficiency and resource management initiatives in the first half of the year, placing it ahead of schedule to achieve a return on the Dhs55m ($14.97m) invested between 2014 and 2018.

Is enough being done?

As these and other initiatives take shape it is important to measure the efforts of regional companies in comparison to their global peers.

KPMG recently conducted a study of the largest companies in the UAE to help grasp how the UN Sustainable Development goals are understood and linked to corporate strategy.

Ymer says the research revealed an increase in overall sustainability reporting but suggested there was still room for improvement in the UAE private sector to align with global trends and practices.

“Many companies recognise the need to consider and support the SDGs, but they seem to be finding it challenging to translate their support into more specific, actionable and measurable business goals,” she explains.

To change this, he suggests companies can begin by trying to ensure the proper implementation of the SDGs through mapping their existing activities to them and setting targets and key performance indicators.

“Naturally, there is no one-size-fits-all approach, which is why organisations may have to undergo some trial and error before finding the most suitable approach,” she says.

“A well-planned approach to the SDGs is more likely to help companies to demonstrate how they are supporting them and how the SDGs in turn are driving business value.”

Meanwhile, the advice on the corporate side is that there is no time like the present for regional companies to begin their sustainability journey.

“Ensuring the sustainability of environmental resources is an aspect all companies must be committed to – no matter its size or nature of business,” Mustafa says.

“Sustainability plans must be done now – not later. Whether that be recycling, drawing on solar energy, or shrinking the carbon footprint, this is a commitment that goes beyond the remit of returns on investment – because what we do to conserve our earth and resources is an investment in our future.”

Though it may take some time. Clearly the business and environmental benefits mean that sustainability is not an area that GCC companies can afford to ignore.