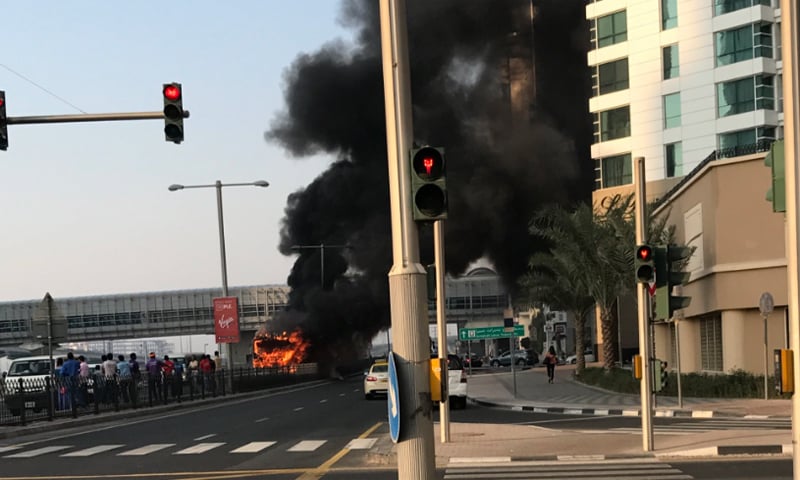 A bus caught fire in Dubai Marina on Tuesday morning, causing a build-up of traffic during rush hour.

Eyewitnesses said the fire started around 7.20am, Gulf News reported.

Residents said Dubai Civil Defence was on the scene within minutes.

Dubai Police were reporting traffic delays as a result of the incident around 7.45am.

Police officers could still be seen directing traffic in the area shortly before 8.30am.