Building Bridges Between Japan And The UAE - Gulf Business 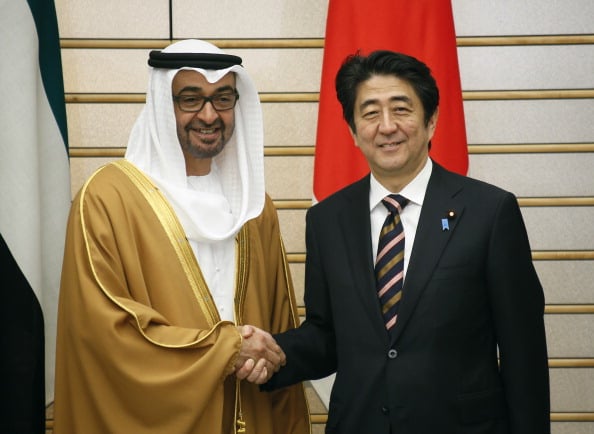 Ties between the UAE and Japan stretch back to even before the UAE was officially formed. Four years before the formation of the country, economic relations were established and three Japanese oil companies entered an international tender by Abu Dhabi for concessions in its oilfields.

Japan was also among the first countries to recognise the UAE upon the creation of the federation on December 2, 1971.

The UAE then inaugurated its embassy in Tokyo in December 1973, while Japan reciprocated in April 1974. Since those early years the UAE has been a major pillar of Japan’s economy and both countries are unanimously determined to enhance the long-standing cooperation and economic relations between them.

For the past four decades, roughly 40 per cent of all oil produced in the UAE has been exported to Japan. In 2012, in a further boost to Japanese–UAE relations, flights between Abu Dhabi and Dubai to Tokyo’s Narita airport doubled to 14 a week, and an Abu Dhabi-Haneda route was opened.

2012 also saw the Ministry of Interior Undersecretary, Lt Gen Saif Abdullah Al Shafar, and the deputy director general of the Japanese national anti-narcotics agency establish ties between the two countries’ interior ministries in the areas of security and anti–drugs.

Also, today, more than 3,500 Japanese reside in the Emirates according to Japanese Embassy figures.

The Japanese direct investments in the UAE climbed from 19 million in 2005 to more than 364 million end of 2012 and it is expected to increase further by five to 10 per cent. It is also noteworthy that in the beginning of the last decade, there were only 139 Japanese business entities in the UAE and currently the number exceeds 380.

Last year 10 agreements and memoranda of understanding (MoUs) were signed between government and semi-government agencies in Abu Dhabi and Japan, in the fields of research and studies, education, health, energy, investment at the Abu Dhabi Japan Economic Forum.

Dubai is also of great significance to Japan.

“Dubai has become a very important regional headquarters for all Japanese manufacturers. From here they can reach the entire Middle East and Africa region,” said Hiroki Matsumoto, managing director of the Japan External Trade Organisation in Dubai.

The UAE was the seventh largest vehicles export market for Japan in 2012, advancing three positions from the previous year. In 2012 the value of Japanese vehicles exported to the UAE rose by almost 42 per cent to Dhs16.5 billion, compared with Dhs11.6 billion in 2011.

While car makers may be the most visible of Japanese companies operating in the UAE, they are by no means alone. More than 380 corporate entities from Japan have a presence in the UAE, about 280 of them in Dubai.

Construction companies like Hitachi Plant Engineering had a hand in building landmarks of the Dubai skyline such as the Burj Khalifa and the Dubai Metro.

Electronics manufacturers such as Panasonic, Sony, Sharp and Toshiba have all set up big regional offices in the UAE to service the wider region as well as make their mark in the retail sector.

The healthcare market is also important to Japanese companies such as Fuji, which has diversified from making cameras and now specialises in high-end optical devices such as medical imaging machines.

“Japan is a very great partner to the UAE since 1971 in various fields, particularly in the field of energy. We export one-third of our crude oil and LNG with their derivatives to Japan. And Japan is a trusted partner to rely on in hard times,” confirmed Suhail Al Mazrouei, UAE Minister of Energy.

During his May 2013 visit to the UAE, Japanese Prime Minister Shinzo Abe signed an agreement on nuclear cooperation with the UAE.The deal made Japan the country’s ninth nuclear partner and signified what delegation members called a shift in Middle East policy.

Hamad Al Kaabi, the UAE’s permanent representative to the International Atomic Energy Agency, said it was likely that Japanese technology would be used in the four nuclear reactors being built in Barakah, in the Western Region.

Last year, Japan relaxed its visa policies for UAE nationals and residents, opening up the country for more trade and tourism. Emiratis can now apply for a multiple visa to Japan that is valid for three years while UAE nationals who reside in the UAE can apply for a “temporary visit,” which allows them to visit Japan for up to 90 days for each stay in Japan. The application is open for purposes such as tourism, short-term business affairs, and visits to friends and relatives.

Strengthening current ties and forging new ones are common agendas both the countries share. It is evident that companies in both countries are mutually taking advantage of opportunities, meeting the aspirations of both sides.

It is not without reason that Japanese Minister of Economy, Trade and Industry, Toshimitsu Motegi, has expressed confidence that the anticipated future success in the Middle East lies in the establishment of a sound strategic partnership with the United Arab Emirates, due to its spectrum of investment opportunities, ambitious projects and strategic vision, which will bring about an unprecedented leap in economic development and advancement.