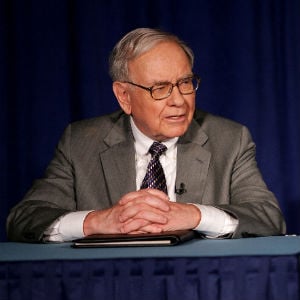 Billionaire Warren Buffett has announced that a successor has been chosen to succeed him as the CEO of his Berkshire Hathaway holding company. The 81-year-old told the company’s shareholders in a letter that the transfer of responsibility would be “seamless,” but did not reveal the person’s name.

The firm’s directors are “enthusiastic about my successor as CEO, an individual to whom they have had a great deal of exposure and whose managerial and human qualities they admire,” Buffett said.

“Do not, however, infer from this discussion that Charlie and I are going anywhere,” he added, referring to the company’s 88-year-old vice chairman Charlie Munger. “We continue to be in excellent health and we love what we do.”

Apart from the person chosen for the role, Buffett said that there were two “superb back-up” candidates as well.

Buffett has been heading Berkshire Hathaway since 1970, and helped convert it from a textile firm into a massive corporation with interests in railways, retail, insurance and stock portfolios.

The company’s annual net income reached $10.3 billion in 2011, a 21 per cent decline compared to 2010, according to its annual report published online.