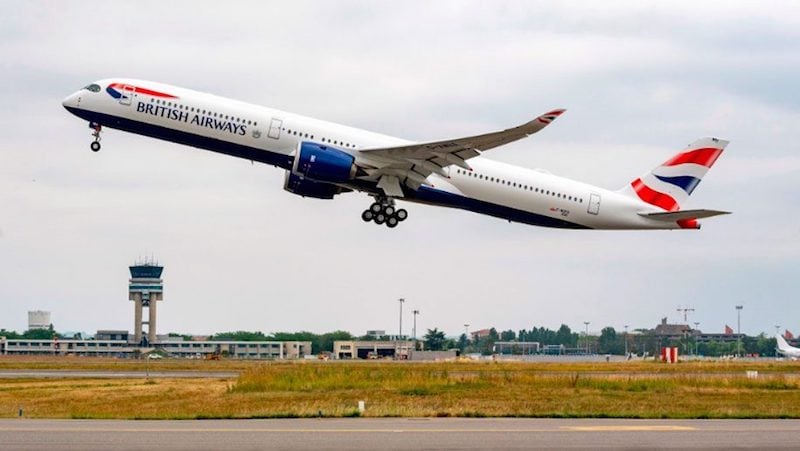 British Airways’ new A350-1000 will fly between London Heathrow-Dubai from September 2.

The aircraft is configured for 331 passengers in three classes, with 219 economy class seats, 56 premium economy and 56 business class seats.

The business class seating is in two cabins: a larger front cabin and a small rear cabin.

The front cabin is rows 1-11 while the smaller cabin is rows 15-17. The configuration in business class is 1-2-1 to replace the 2-4-2 of the existing business class seat. All 56 seats are forward-facing, though they are at an angle to maximise privacy. There is one socket which is international, taking EU, US and UK plugs, and a USB slot above it.

The second A350 route will be between Heathrow-Toronto from October 1.

British Airways’ pilots plan to strike this month in an ongoing pay dispute. The British Airline Pilots Association (BALPA) said it will call on its members to strike on September 9, 10 and 27.