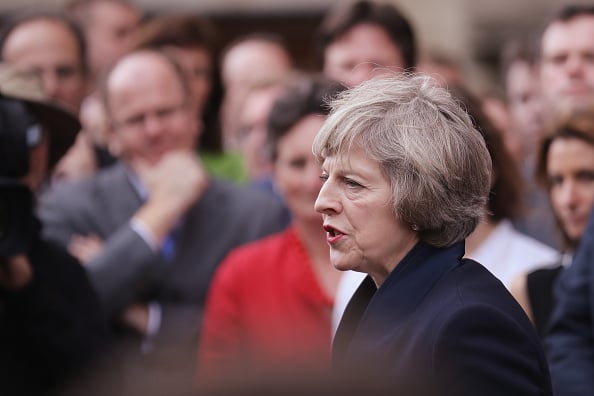 Theresa May is about to become only the second woman in British history to take the role of Prime Minister, an appointment that will have repercussions around the world, including the Gulf.

But what can the region expect from a politician who is a relatively unknown face on the world stage?

Already the former home secretary’s appointment has been greeted with some degree of enthusiasm.

Yesterday, UAE state news agency WAM carried comments from May adviser David Davis, who outlined a series of economic initiatives to prepare the country for life outside of the European Union.

Among them, the politician who is likely to take a position in May’s cabinet, called for swift action to negotiate free trade agreements with the United Kingdom’s main trading partners, which include countries like the UAE.

“Leaving the EU gives us back control of our trade policy, and gives us the opportunity to maximise returns from free trade,” Davis wrote.

“Trade deals with the US and China alone will give us a trade area almost twice the size of the EU, and of course we will also be seeking deals with Hong Kong, Canada, Australia, India, Japan, the UAE, Indonesia – and many others.”

May and the Middle East

During her time as home secretary, the 59-year-old has fostered relations with several Middle Eastern nations including Saudi Arabia, where she signed a memorandum of understanding with the kingdom’s interior minister Crown Prince Muhammad bin Nayef in March 2014.

The full details of the MoU have been kept secret but are said to involve the modernisation of the Interior Ministry and the use of “UK expertise in the wider security and policing arena”, according to reports last year.

Elsewhere, she forged a bilateral treaty with Jordan in 2013 that enabled the deportation of Abu Qatada to stand trial in the Hashemite Kingdom. The preacher had been imprisoned in the UK since 2002 after being accused of plotting terrorist attacks on Jordanian soil. He was acquitted of the charges in a Jordanian court in 2014.

Local leaders may also be encouraged by the incoming prime minister’s stance on Islam.

In May this year, she was quoted as saying the British people “benefit a great deal” from the guidance offered by Sharia and other religious codes and practices. Although she also noted that Sharia teaching was being “misused” and “exploited” to discriminate against Muslim women.

May is expected to officially lead the UK from Wednesday evening after the withdrawal of her last remaining leadership rival Andrea Leadsom yesterday. She will be Britain’s first female leader in 26 years, following Margaret Thatcher’s term in office from 1975 to 1990.

She will succeed David Cameron, who announced he was stepping down after the British people unexpectedly voted to leave the European Union last month.

May was the only candidate to stand in the Conservative Party leadership election who campaigned to remain in the European Union in the build-up to the vote on June 23.

Her first test after taking the reins will be the complex negotiations surrounding Britain’s exit from the European Union.
In this, she has ruled out any prospect of a second referendum or rejoining the EU by the back door and is expected to hold off on the country’s formal withdrawal from the bloc for several months.