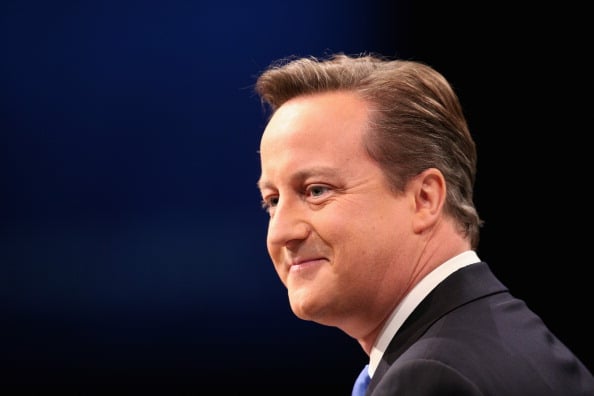 Prime Minister David Cameron on Monday announced plans to strip suspected Islamist militants of their passports temporarily, to combat the threat posed by radicalised Britons returning from Syria and Iraq.

An IS video released last month, purporting to show a man with a London accent man beheading a U.S. journalist, led to concern that Britons fighting in the region could return and launch attacks on British soil.

“We have all been shocked and sickened by the barbarism we have witnessed in Iraq this summer,” Cameron told parliament.

“There are two key areas where we need to strengthen our powers to fill specific gaps in our armoury. These are around preventing suspects from travelling and dealing decisively with those already here who pose a risk.”

Cameron said he would bring in new “specific and targeted legislation” to give the police powers to temporarily seize a suspect’s passport at the border to give authorities time to investigate them. Currently only Britain’s interior minister has the power to withdraw a passport.

He also said the government would consult on a discretionary power to prevent Britons from returning home if they have pledged allegiance to extremist causes. This would extend existing powers which can only be applied to foreign nationals, naturalised citizens and those with dual nationalities.

Asked by an opposition Labour lawmaker whether he was open to the idea of joining the United States in direct military action, Cameron said he would not “rule anything out”.

“A British government should act in the national interest … to help keep our people safe and we should consider everything in the light of that,” he said, adding that if it became necessary to act quickly he would do so without first seeking authorisation from parliament.

Last week Obama administration officials said the United States wanted to recruit partners for potential joint military action but Cameron’s spokesman said on Monday he was not aware any such proposals had been put to Britain.

Britain has so far carried out aid drops and surveillance and transported military supplies to Kurdish regional forces allied with the Baghdad central government against Islamist insurgents.

The package of security measures announced by Cameron on Monday has been subject to protracted negotiations in the two-party coalition government, with the junior partner Liberal Democrats wary of bringing in laws that could limit civil liberties.

Lawmakers immediately questioned the legality of some of the proposals. The government’s former top lawyer, Dominic Grieve, said he was concerned that British nationals could be prevented from returning to the country.

“Not only does it offend principles of international law, it actually would offend basic principles of our own common law as well,” Grieve said.

In response Cameron said the current system of prosecuting returning extremists worked, but that it was important to address any weaknesses in it.

Officials estimate at least 500 Britons have travelled to Syria or Iraq, where IS has seized large swathes of territory, and London’s police chief Bernard Hogan-Howe said last week it was believed some 250 had since returned.

The government also said it intended to give police the ability to restrict where people based in Britain who are under investigation can live. Airlines would be legally bound to provide details of passenger lists to authorities, strengthening existing border procedures, he said.