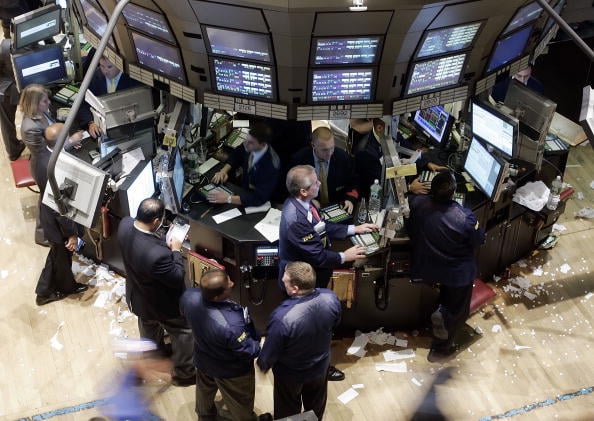 US crude futures closed nearly one per cent higher after data showed July retail sales rose for the first time in four months and producer prices climbed at the fastest pace in five months, both supportive signals for oil.

“I think the strength of the retail sales numbers and (gains in the) stock market have pushed up (oil) demand expectations,” said Carl Larry, president of Oil Outlooks LLC in New York.

In London, Brent for September delivery settled at $114.03 a barrel, rising 43 cents, after lengthy choppy trading on either side of unchanged. It was the highest settlement since May 3. The contract hit a session high of $114.30, below Monday’s peak and a three-month intraday high of $115.11.

Benchmark London crude has risen nearly $8 this month to date, pushing the contract to near 73 on the 14-day Relative Strength Index, a technical signal that Brent is overbought. The overbought signal developed as September Brent heads for expiration on Thursday, keeping investors cautious.

“The market is looking overdone, which is why prices have not reached Monday’s highs,” said Mark Waggoner, president of Excel Futures in Bend, Oregon.

Brent’s premium against US crude edged down 27 cents to close at $20.60, from $20.87 on Monday. Trading volumes were slim, with Brent down 20 per cent from its 30-day average and U.S. crude 17 per cent below its 30-day average, according to Reuters data.

Hopes that U.S. Federal Reserve Chairman Ben Bernanke would announce in a speech next month that the central bank will renew bond purchases for a third round of quantitative easing to support the economy kept oil futures supported.

“Investors are building in expectations of a QE3 ahead of the Jackson Hole speech by Bernanke,” said Harry Tchilinguirian, an oil analyst at BNP Paribas in London.

China was also expected to step up its response to weaker growth, with stimulus likely in the form of more infrastructure projects, which would raise demand for base metals and energy.
EURO ZONE ECONOMY SHRINKS

Whether a weakening economy will make Germany, the region’s powerhouse, less likely to support rescue efforts for the broader euro zone is the big question, analysts said.

Hopes remain that the European Central Bank will step in next month to help Spain and Italy cut borrowing costs after ECB President Mario Draghi’s recent pledge to do all it takes to preserve the currency.

Oil Down On Eurozone Worries