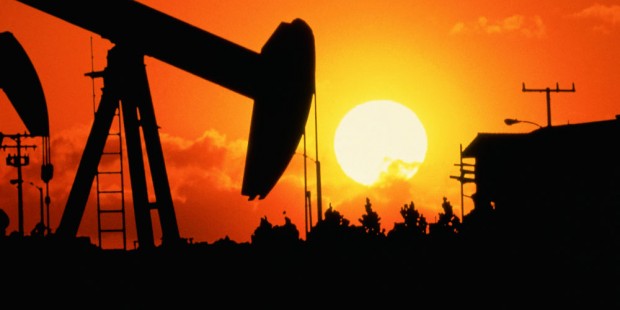 Brent crude climbed above $109 per barrel on Wednesday in thin trade as investors clung to hopes US lawmakers would come up with a last-minute deal to avert a looming fiscal crisis in the world’s largest oil consumer.

US President Barack Obama may return to Washington from his Hawaiian holiday as early as Wednesday evening to address the unfinished “fiscal cliff” negotiations with Congress, ahead of a year-end deadline that would trigger harsh spending cuts and tax hikes.

“There are not that many participants and thus it’s easy to move markets up and down, so I don’t think it’s reflective of the actual market and it will probably move after the Europe market wakes up.”

Oil prices had dropped more than a per cent on Friday as US fiscal talks dissolved after Republican lawmakers withheld support for a proposal to avert the so-called fiscal cliff, but many investors doubt that lawmakers will risk the fragile US economy tipping into recession again.

Some investors are now looking at a stop-gap that puts everything off for a while as the most promising alternative. Such a fix may help delay the spending cuts and tax hikes further into 2013 as well as work to address in a long-term way a budget that has generated deficits exceeding $1 trillion in each of the last four years.

Shinzo Abe was voted in as prime minister by parliament’s lower house on Wednesday, giving the hawkish lawmaker a second chance at Japan’s top job as the country battles deflation and confronts a rising China.

“There were gains in the stock markets yesterday, so that might be a factor pushing up prices in the oil market as it catches up,” Hasegawa said.

MSCI’s broadest index of Asia-Pacific shares outside Japan was little changed on Wednesday. Shanghai shares were flat, but stayed in positive territory on the year after a 2.5 percent jump on Tuesday erased 2012 losses. It is set for a first annual gain in three years.

Oil also found support from tensions in the Middle East.

International envoy Lakhdar Brahimi pursued mediation efforts in Damascus on Tuesday, but there was no pause in the bloodletting as Syrian Christians marked a bleak Christmas Day with prayers for peace.

More than 44,000 Syrians have been killed since a revolt against President Bashar al-Assad erupted 21 months ago.

Six US-allied Gulf Arab states demanded on Tuesday that Iran end what they called interference in the region, reiterating a long-held mistrust of their main rival.

A communique issued at the end of a two-day summit of the Saudi-led Gulf Cooperation Council (GCC) also urged action to halt mass killings and violations of international law in Syria.