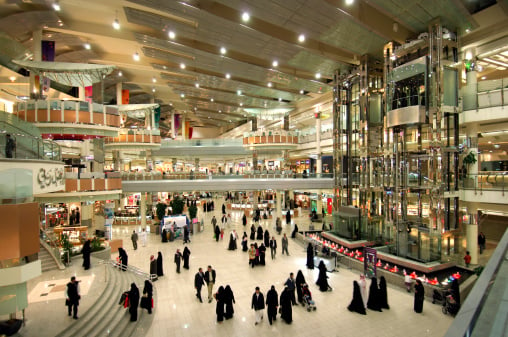 Alhokair has benefited in recent years from a buoyant consumer goods sector, boosted by rising incomes on the back of government efforts to improve the plight of Saudi nationals after the 2011 Arab Spring.

The average salary in the kingdom jumped by about 55 per cent between 2009 and 2012, HSBC data shows, partly thanks to measures including increased public sector employment and a new minimum wage.

The trend has been noted by investors, with Alhokair’s share price climbing nearly 91 percent in the year to September 3, against the wider Saudi market’s 15.2 per cent gain.

Alhokair net profit rose nearly 37 per cent year on year in the three months to June 30, and President Abdulmajeed Alhokair told Reuters this week that it now plans to strengthen its presence both at home and abroad, with the Commonwealth of Independent States (CIS) a particular focus.

“The company opens 200 stores every year, but this year the number will be a bit higher because of the new brands and new locations in Saudi,” he said, referencing franchises such as Mango and Stradivarius, which it secured through its purchase of Nesk Group last year.

Alhokair owns franchise rights to market 75 international brands in the Middle East, including Zara, Marks & Spencer, Gap, Aldo, Monsoon, Accessorize and Topshop. It has about 1,300 stores worldwide in countries including Jordan, Egypt, Morocco and Kazakhstan.

“We will open in Saudi and the Middle East around 250 stores – on average one shop every day and a half,” the president said, adding that about 170 of these would be in its home market.

Acquisitions are also part of the company’s growth plans. Alhokair said the firm is in talks to buy two companies in Saudi, though he declined to give details.

Its expansion is partly supported by a 50 per cent capital increase from a bonus share issue agreed in July, which took its paid-up capital to 1.05 billion riyals ($280 million).

One country currently excluded from the expansion drive is Egypt, which despite providing strong growth from its 70 stores continues to suffer from political turmoil since the removal of President Mohamed Mursi by the armed forces in July.

“We had two tough months but from the beginning of the year until now it’s positive growth in Egypt – like-for-like growth is 13 percent, which is a good indication despite the current conditions,” Alhokair said.