Book Review: When The Money Runs Out: The End Of Western Influence - Gulf Business 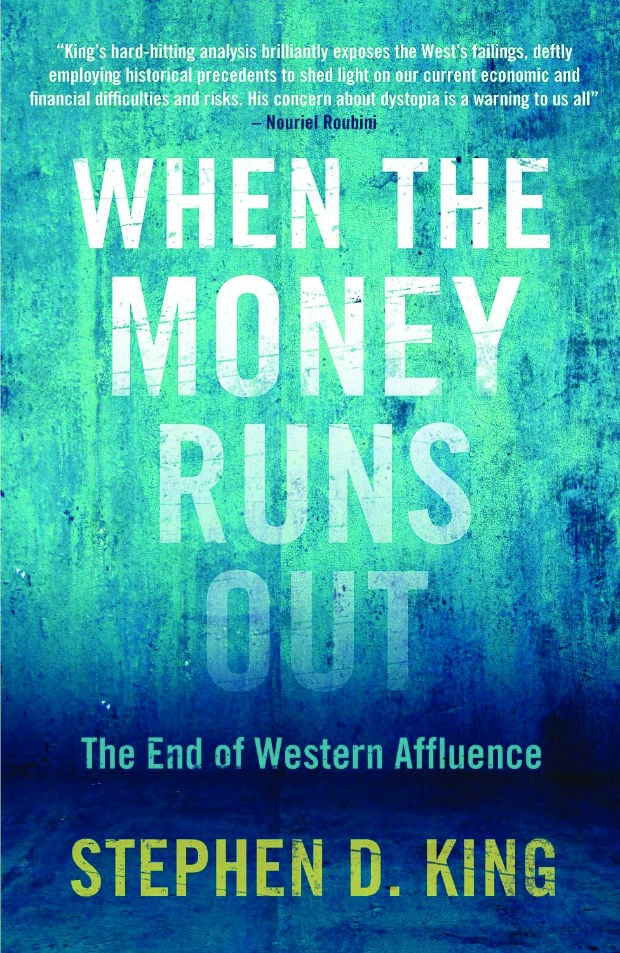 Not to be confused with the novelist of the same name, HSBC’s chief economist Stephen D. King has nonetheless produced something of a horror story about the outlook for the global economy, ‘When the Money Runs Out: The End of Western Affluence’.

King attempts to explain why the recovery from the global economic crisis of five years ago has been so weak. Indeed, the UK economy is still actually in weaker shape than before the crisis and the US recovery has been one of the weakest in history. You have to go back to the 1870s and the Long Depression to find such
a long period of depressed economic activity.

It certainly makes for a more readable book on economics. The only question is always how relevant are these historical parallels given that the societies in focus are often so very different to anything we know in modern times. You do often find yourself thinking ‘Ah yes that is like today’ but then again ‘oh but then again we have x,y and z now’.

What King really comes around to is a repeat of the Kenneth Rogoff and Carmen Reinhart thesis about the recovery time for major financial crises being significantly longer and slower than more isolated cyclical downturns. In short the macroeconomic problems left in the wake of a major financial crises are far harder to overcome, and basically you are left with a low growth environment for a protracted period, assuming of course that you have been fortunate to avoid a total wipeout in the crash itself.

King takes the usual banking line that the rescue by the Federal Reserve was both absolutely necessary and that the alternative would have been far worse. Only in the margins does he tilt at the idea that things could have been managed better. On the other hand, he does provide quite a lengthy explanation of where money printing may have gone wrong and the unintended consequence of a more divided society that is now more prone to social unrest the French Revolution is his reference point here.

It is when he asks what comes next that this book becomes rather a disappointment. We are left with the normal conclusion of any economist which is to extrapolate the present into the future in more or less a straight line, knowing only too well from our experience of economic cycles that life is never like that. Cycles go up and cycles go down, that is the nature of the beast.

There is some consideration of what a bleak future for economies like the UK will look like. King describes a future where the country has to rely on selling the family silver to get by. that means flogging houses to foreign individuals and companies buying Western firms on the cheap. Such stagnant societies are fairly boring places with the exception of some violent clashes as they become more divided between the rich and poor.

What if the outcome of the present economic stalemate is not more of the same but something completely different? the scary scenario that King does not examine is the more obvious one of widespread debt default, further bank failures and a deep recession with much higher unemployment and a serious restructuring of the global economy. that would at least clear out the deadwood and allow an economic resurgence to follow.

Still we can only recommend reading King’s book from cover to cover. His reading of the era of the Long Depression after the Franco-Prussian War is particularly incisive. basically the Germans took their payments for war damage from France in gold and that crippled silver as a rival monetary metal and resulted in a severe money squeeze rather like the euro, and consequently deflation and recession. Is Germany making the same mistake with Southern europe today?

Then again is the Fed not postponing the evil day of reckoning with its money printing and only avoiding the inevitable collapse and perhaps making it even bigger than it would have been?