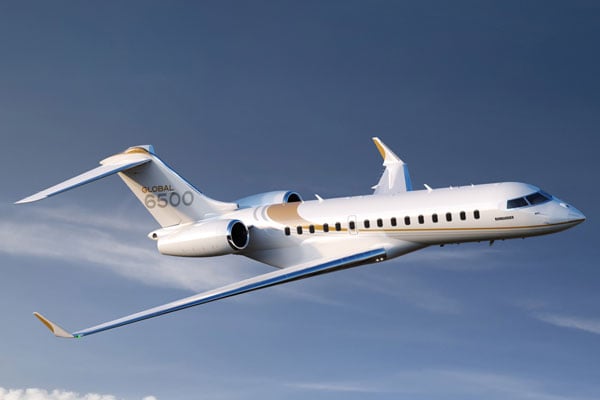 Private jets, conspicuous as they are, have always been easy targets for armchair activists who need a reason to rail against the ‘elite’.

Back in the 90s, even billionaire Warren Buffett was one of those who lashed out against the corporate policy of buying private jets – until he himself got one and christened it ‘The Indefensible’.

Soon, realising the effectiveness, convenience and practicality of actually owning one, Buffett had a change of heart and renamed his jet ‘The Indispensable’.

Read: Jetex CEO: ‘I started out as a driver. Now, I’m driving the company’

Buffett’s eureka moment is one that several CEOs and corporate presidents have long since realised – when every waking hour of every senior management member can result in millions of dollars earned for the company, there is a strong case to be made for corporate jets, which allow a CEO to haul his entire board on the aircraft and do say three meetings in Zurich, London and Paris on the same day.

Even if they were flying first class on commercial planes, there’s little chance that the same group would be able to take three commercial flights during the same period given the time spent checking in, waiting for departure, inadvertent delays to takeoff and then arriving through the usually crowded immigration channels once they land. 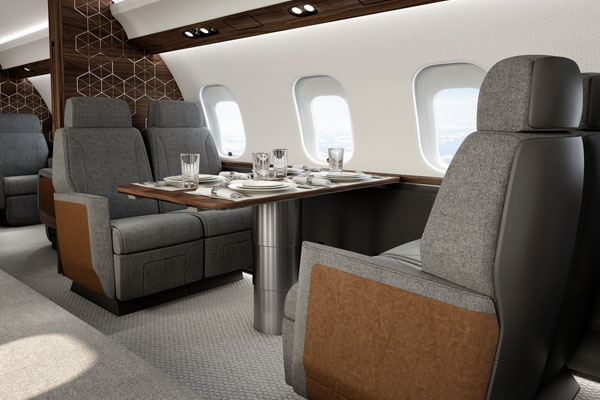 Waving the flag for the latest breed of business jets is the new Global 6500 that Bombardier Business Aircraft unveiled in May at the European Business Aviation Convention & Exhibition (EBACE) in Geneva. Bombardier also unveiled a smaller G5500 jet at the same event.

The development of these jets was a well-guarded secret, but a bigger and better kept surprise was the all-new Rolls-Royce Pearl engines you see on the aircraft, reportedly under development for the last six years.

The engines are quieter, cleaner and more efficient than any made for business jets previously. They produce 15,125lb of thrust – in tangible performance figures that’s 9 per cent more thrust during takeoff compared to the BR 700 family, which is being used in the G6000 aircraft. The engines also give the G6500 a top speed of 0.9 mach.

While Rolls-Royce was creating the Pearl engines, which received certification in February this year, Bombardier focused on tweaking the aerodynamics, interior and avionics of the G6500 aircraft.

The re-profiled wings and the tip-to-tail tweaks to its exterior means the aircraft is now more aerodynamic than its predecessors. Combined with the new engines, the G6500 can travel further – it now has a range of 6,500 nautical miles or non-stop from Hong Kong to London – and that too at reduced operating costs. 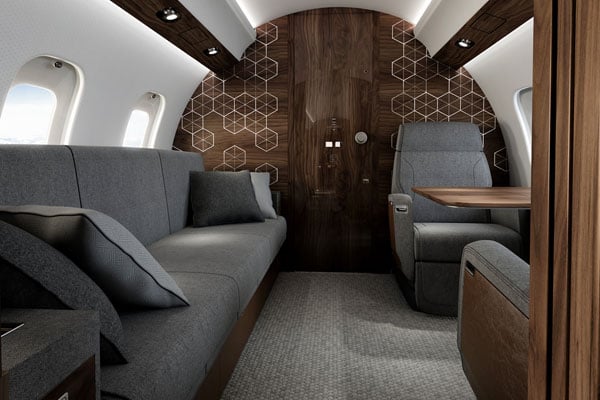 Bombardier has stepped up its game with the interior of the aircraft as well. The Canadian manufacturer says that the seats represent the first new seating architecture in aviation in three decades. With occupants spending as much as 15-17 hours in the aircraft at a stretch, you can see why Bombardier thought it prudent to spend its energy in this area.

The patented Nuage – French for ‘cloud’ – seats are designed to track and swivel smoothly. The reclining function now comes with a little trick. Instead of the backrest going down straight when you push back, the seat cushion will drop down simultaneously thereby cradling your buttocks and ensuring that your entire back is in full contact with the backrest. For those with long legs, there’s the seat depth adjustment that can lengthen the seat pan to deliver full support.

There’s a new crew rest area upfront, and a redesigned galley nearby. The cabin is kitted with 4k screens and an en suite bathroom with a shower facility too. 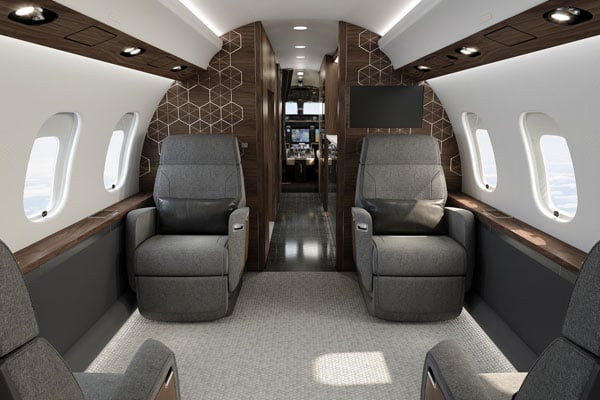 Most of the aircraft’s entertainment systems, including its lights and speakers, can be operated by an app. With Ka-band high- speed internet access there’s no interruption to workflows, calls and conferencing on the go.

For the record, the aircraft that changed Buffett’s outlook on corporate jets over 20 years ago was a Bombardier Challenger 6000. If there’s a modern plane that can have a similarly strong conversionary effect on a staunch critic of private jets, it has to be the G6500.