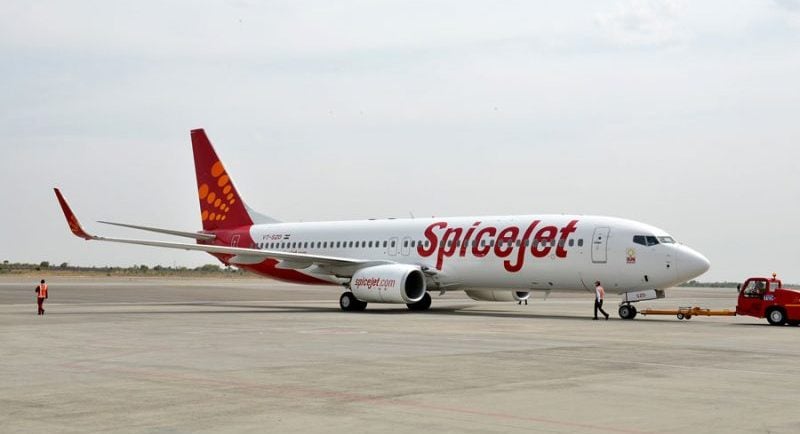 Boeing Co. is in talks to sell 737 Max aircraft to Indian carrier SpiceJet Ltd., according to a person familiar with the matter, in what would be a Dubai Airshow coup for the grounded narrow-body.

The discussions are ongoing and the size of the order hasn’t been determined, said the person, who asked not to be named discussing private negotiations. While the talks could still fall apart, a deal could be announced as soon as this week in Dubai, the person said.

The Max, a global workhorse on shorter routes, has been idled since March in the wake of two deadly crashes. Sales have been crippled by the crisis and at the Dubai show Boeing executives have focused public comments around getting the plane flying again while mending fences with airline customers and suppliers.

Nevertheless, a high-profile sale would be a morale-booster for the stricken program. At the Paris air show in June, Boeing announced a blockbuster deal with British Airways owner IAG SA for 200 Max jets. That helped the US planemaker counter an onslaught of orders for Airbus SE’s rival 320-series narrow-body, including the just-introduced long-distance version, the 321 XLR.

SpiceJet, a fast-growing Indian low-cost carrier, is an existing customer of Boeing for its single-aisle fleet. In January 2017, it notched its biggest-ever deal with an order for 100 Max jets, with options for 50 more planes.

A Max deal would also be a boost for the Dubai show, which started slowly on Sunday and is typically dominated by wide-body aircraft. The only significant order announced was Boeing’s sale of two 787 Dreamliners to Biman Bangladesh Airlines, valued at $585m before customary industry discounts.

Boeing 737 crashes with 133 on board in China, state media reports

Airbus beats Boeing on deliveries, is set to lose on orders