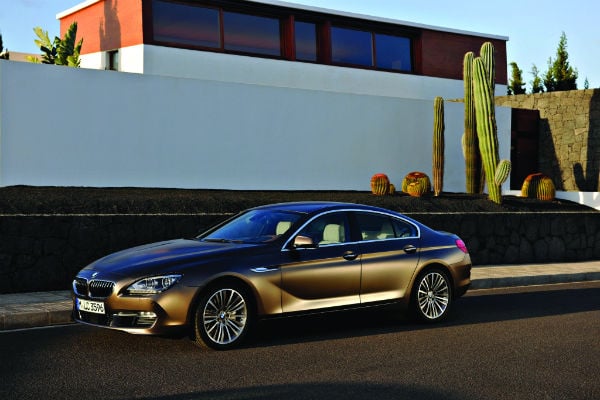 The BMW Group announced that it sold about 30,148 BMW and MINI cars across the Middle East in 2014, with sales soaring 23 per cent year-on-year.

The German carmaker said that it registered double-digit growth in all its GCC markets, with the UAE continuing to be its biggest market.

The Emirates contributed to 54 per cent of the group’s total sales in the Middle East, followed by Saudi Arabia and Kuwait, which accounted for 14 and 12 per cent of sales respectively.

The biggest individual importer growth came from Abu Dhabi, which saw sales rising by 68 per cent, the company said. Other top individual importers of BMW vehicles in the Gulf include Oman with a sales growth of 38 per cent and Bahrain at 37 per cent.

Much of BMW’s growth in the region last year was also driven by its top-end vehicles, the automobile manufacturer said.

The BMW 5 series posted a sales growth of three per cent, selling 5,915 cars last year while the brand’s X model family accounted for 41 per cent of total sales.

Meanwhile, the BMW 7 Series model was the third best selling model of the brand, representing 14 per cent of the total sales in the Middle East. The region also retained its position as the third biggest BMW 7 Series market in the world after China and the USA, the carmaker said.

BMW’s MINI also experienced a good year in the Middle East with 1,608 cars sold across eight markets, a seven per cent increase on last year’s figures. Model sales were driven by the MINI Countryman – the first MINI with four doors and optional four-wheel drive – followed by the MINI 3 door Hatch.

Car sales in the Middle East, specifically in the luxury segment, have been booming as Gulf economies revived post the financial crisis in 2009.

Ultra-luxury carmaker Rolls Royce recently revealed that its Middle East sales were up by 20 per cent last year. The region was one of the strongest markets worldwide in terms of sales for Rolls Royce after North America, the company said.