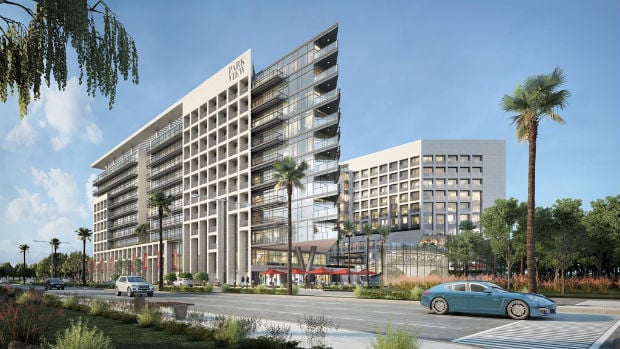 Named Park View, the project, which was launched during the ongoing Cityscape Abu Dhabi exhibition, will comprise of a residential and a hotel apartment building.

The residential building will consist of 234 units ranging from studios to two-bedroom apartments.

Park View will also have a 188-key hotel apartment building that will feature studios, one and two bedroom and executive apartments.

In addition, the development will comprise a range of commercial and leisure facilities including retail outlets, restaurants, an infinity edge pool 30 meters above the ground, a gym and a fitness center.

“The complex when completed will offer seamless access to a wide range of residential, hospitality, leisure and retail destinations,” said Sameh Muhtadi, CEO of Bloom Holdings.

“As the name implies, the development will feature panoramic views of the adjacent park and also boast an inner garden.”

Average prices remained flat during Q4 2014 – for the first time since Q1 2013 – and will stay steady during 2015, property consultant JLL said.

However, that has not deterred developers from launching new projects in the market.

West Yas, consisting of 1,000 villas and Mayan, a beachfront development consisting of over 700 residential units will be located on Yas Island.

Meanwhile, Meera at Shams Abu Dhabi will have about 400 homes that are designed for mid-income groups and wil be located on Reem Island.