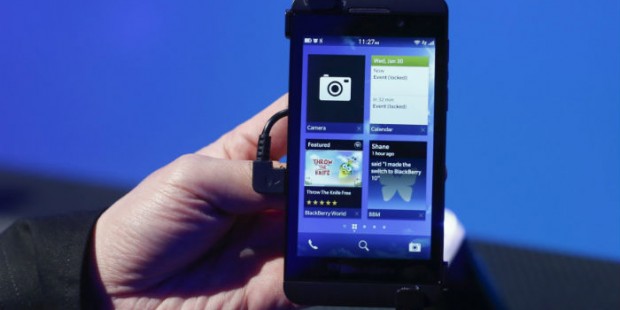 Canadian mobile manufacturer BlackBerry has reported a fourth quarter profit of $98 million, compared with a year-earlier loss of $125 million, even as it sold one million units of its new Z10 smartphone during the three-month period.

However, revenues during the quarter fell 36 per cent to $2.7 billion, compared to $4.2 billion during the same period a year ago. The total number of subscribers also dropped to 76 million from 79 million a year earlier.

The company launched the all-new BB Z10 smartphone as part of its new BlackBerry 10 operating system in January, with the BB Q10 slated for a second quarter release.

The Z10 was billed as a make-or-break phone for the struggling company, when it was released.

It had a luke-warm response after its debut in US in late March, but has seen growing demand in some of the markets including UK and Canada.