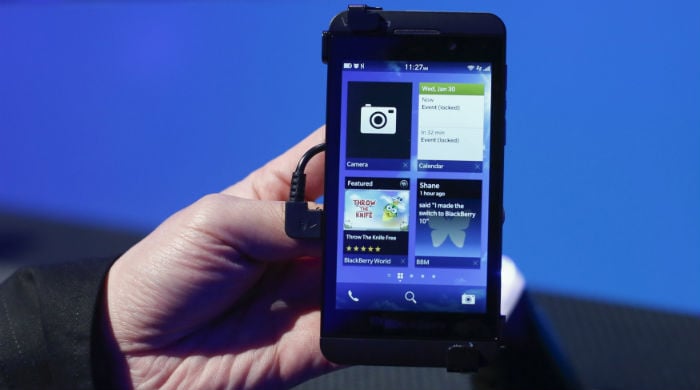 BlackBerry 10, launched at a glitzy ceremony in Dubai on Wednesday – with simultaneous launches in five other cities around the world – is dubbed as being the make-or-break phone for Canadian manufacturer RIM (now renamed BlackBerry).

Attending the launch event in Dubai were several industry leaders, and Gulf Business spoke to some of them to get their first reactions.

I had the pleasure of testing it and I find that it flows very smoothly. I think BlackBerry is creating a brand that will be really nice and interesting and I’m sure that consumers will give it some momentum.

We clearly feel that for this region, BlackBerry is very important.

Regarding the pricing, we will have competitive offers and we will be announcing them in the coming days.

He had no comments regarding the controversial BBM (BlackBerry Messenger) video service that UAE telecoms operators Etisalat and du are reportedly objecting to.

I am optimistic – I think it will sell well. I think people have definitely been itching for something new.

I think they [RIM/BlackBerry] have checked a lot of the boxes that they had to, as a manufacturer, and they more than caught up in many respects. The app gallery is a big improvement, which was always a drawback with BlackBerry. I think it is a true consumer device at this stage.

I think the way you have an iPhone mania whenever there’s a launch, you will see the same thing with BB10 here.

I think the phone is a game changer for the mobile computing world. I was very impressed. I was astounded by some of the features I saw. What I like the most and struggle with all the time is balancing personal life and work life. I think most professionals would appreciate the BB Balance a lot.

Also, we wanted to make sure that before BB 10 is in the market, we have an app that is really going to fit into the BB 10 experience. And that’s what we have done.

People can do everything through the app – except getting cash out of the phone. We want to essentially give the bank in your pocket.

So we are very pleased to be with BB 10, we are also on iPhone as well as Android so we are on all the platforms.

Between the three platforms, we have a million plus customers and we are hoping to get penetrations of 60-70 per cent of our customer base. That makes banking more efficient from our perspective, because it reduces cost to the branches and call centres and customers have much faster service.

That’s the way banking is heading.