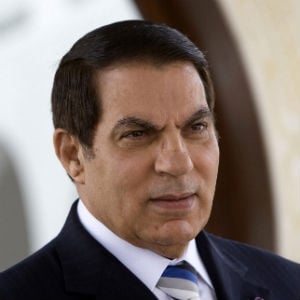 A Tunisian military court on Wednesday sentenced ousted dictator Zine al-Abidine Ben Ali to 20 years in jail in absentia for inciting “murder and looting” during a police attempt to smuggle his nephew out of the country during last year’s revolt.

The case involves the death of four protesters, who were shot by police in the coastal town of Wardanein, as they tried to prevent Qais Ben Ali – now in jail in Tunisia – from fleeing on January 15 2011 a day after the president left the country.

Ben Ali, who fled to Saudi Arabia as protests engulfed Tunisia, has already been sentenced to decades in jail – also in absentia – on charges ranging from corruption to torture and faces more charges.

Last month, a Tunisian military prosecutor demanded that the death penalty be imposed on the former strongman for his role in the deaths of hundreds of protesters in the central Tunisian towns where the Arab Spring began last year.

There is, however, little indication that Riyadh would be willing to extradite Ben Ali.

No senior officials have so far been convicted for the deaths of more than 300 people in last year’s uprising, angering the families of the dead and raising pressure on the Tunisian government to ensure that justice is done.

Tunisia’s government has faced persistent criticism over its failure to persuade Saudi Arabia to hand over Ben Ali and his wife Leila Trabelsi, a former hairdresser whose lavish lifestyle and clique of wealthy relatives came to be seen by many Tunisians as a symbol of the corrupt era.