Behind the curtain of... smart airports - Gulf Business 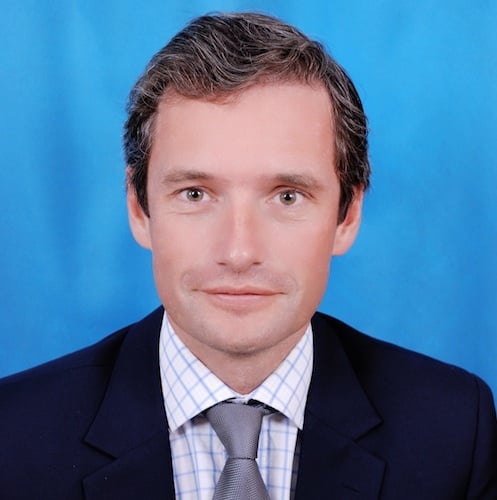 How does one define a ‘smart airport’?

A ‘smart airport’ is one that fully exploits the power of emerging and maturing technologies built around a digital grid. This is a single, converged, often carrier-class internet protocol network that enables high-speed broadband traffic throughout the entire ecosystem including the airport, airport city, airlines, seaport, logistics, authorities, and other parties.

The digital grid is the airport’s nervous system, touching and managing every point of interaction be it passenger facing or operational.

Gulf airports are aiming to become global hubs – how can new technology help?

The implementation of smart technologies can relieve the pressures on an airport and improve efficiencies and safety around air traffic flow and capacity management; airport operations; airline operations; transport (in and out of the airport).

We have already seen some of these technologies implemented in the region especially in the fields of biometrics, airport security and air traffic management systems. Dubai has successfully introduced self-process e-gates or smart gates. The next step is mobile technology with plans for your device to work as a smart e-gate card. This facility can be used both by UAE residents and tourists/visitors. The Midfield Terminal in Abu Dhabi Airport is already looking to create a smart mall inside its airport.

What are the hurdles preventing airports from becoming smart?

The main obstacle any airport faces is the potential knock-on effect from a drop in passenger volume, as the investment to move to a smart airport operation is a major decision. There is also the complexity surrounding the operational side, which needs qualified talent to ensure operational efficiency.

Security is a key aspect. How can it be addressed?

To combat the expansion of cybercrime, it is critical for governments to implement robust security policies. These ensure the resilience of essential information systems and help to maintain business and operational continuity.

Lastly, how long do you forecast it will take for smart airports to become the norm globally?

If we take the region, governments have initiated initiatives such as Dubai 2020 and Qatar National Vision 2030 to name a few. These economic initiatives encompass technological innovations such as smart city implementations, so I can see regionally that we are not far away at all.