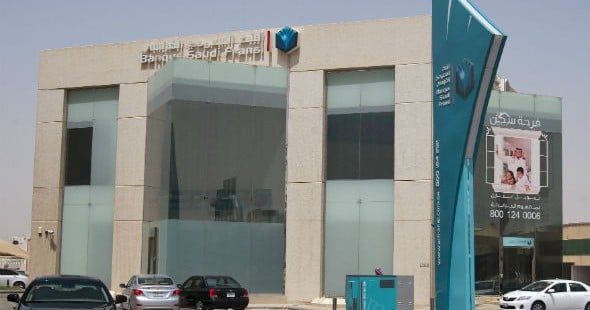 Banque Saudi Fransi, the lender part-owned by Credit Agricole, posted a 13.3 per cent drop in its first-quarter net profit as higher operating expenses weighed on the bank, it said in a bourse statement on Sunday.

The kingdom’s fifth-largest bank by market capitalisation said it made 684 million riyals ($182.4 million) in the three months ending March 31, compared with 789 million riyals in the same period a year earlier.

The results missed estimates; analysts surveyed by Reuters had expected the bank to post an average of 778.6 million riyals for the first quarter.

First-quarter results from banks in Saudi Arabia have generally been positive, with most lenders reporting profit growth on the back of higher operating income.

Banque Saudi Fransi, however, said its operating income for the quarter fell by 1.2 per cent from a year earlier to 1.2 billion riyals, while profits from special commissions were flat.

Loans and advances at the end of the first quarter stood at 106 billion riyals, gaining 9.3 per cent on the same point in 2012.

Bank lending growth in Saudi Arabia dipped from December’s 46-month high of 16.4 percent in the first two months of 2013, but it was still rapid at 15.9 per cent in January and 15.6 per cent in February.

Standard & Poor’s said in a March report on the Gulf Cooperation Council banking sector that loan growth at Saudi banks would remain strong this year, given healthy demand in both the retail and corporate sectors.

Banque Saudi Fransi held deposits worth 119 billion riyals at the end of the first quarter, up 5.3 per cent on the same point last year.