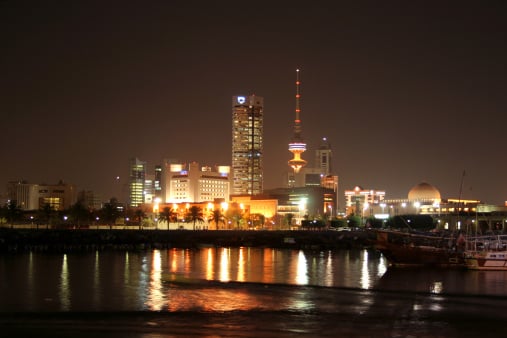 Kuwait’s investment environment remains in many ways moribund. Although the Kuwait Stock Exchange Index recorded increases during the middle part of 2012, the index did not move far from where it began the year. There remains little strong evidence that the weak market conditions of previous years have changed. In some of the troubled Kuwaiti companies, debt restructurings have been agreed but for these situations, solid performance over the medium-term will have to be demonstrated to convince the markets that the companies concerned are truly on the road to recovery.

In Kuwait, it is the governmental sector that leads the domestic economy and this relies heavily on the level and nature of domestic government investment.

Unfortunately, a protracted political standoff between the government and sections of the parliament led first to the blocking of government expenditure and eventually the resignation of the government and new elections. Unless the government is seen to have resolved these obstacles, private sector investment is likely to be lacklustre and market confidence subdued.

For Kuwait, an outlook for the economy must separate macroeconomic and microeconomic prospects, as the linkage between the two is not as close as would usually be in the case of a larger and more diversified economy. To a considerable extent, it is the government and the wider state sector that provide this linkage, through investment expenditure and transfers via current expenditure on goods, salaries and services, such as the health and educational systems.

From the macroeconomic viewpoint, the Kuwaiti economy is doing well with governmental revenues swelling on the back of higher oil prices earlier in 2012. With KSA still producing at high levels and with European demand weakening, the likelihood is for a continued period of soft oil prices, albeit that soft in this context so far appears to mean a range around $90. This could change however, and in a downwards direction if matters deteriorate further in Europe.

With uncertainties such as the outlook for the Eurozone economies together with the slowing China GDP growth rate in 2012 (and probably 2013), the range of demand, supply and price projections for oil is rather wider than usual. Kuwait is in a much better position to weather a short to medium period of weaker prices.

Absent a rout in oil prices, Kuwait has the capacity to maintain or even grow domestic spending. Government austerity (as opposed to inability to spend the budgeted amounts) is therefore unlikely to be a factor affecting loan growth in the banking sector in 2013.

The $100 billion four year development programme agreed with parliament in 2010 was intended to provide a major boost to the domestic economy and this it would indeed do – if it is ever actually executed in full. To date amounts spent are small and a number of announced projects have stalled.

Kuwait has a history of failing to follow through on previously announced projects, often because of parliamentary objections once individual projects reach the contracts award stage. Given the results of the elections, the subsequent disputes with the government and then the legal ruling invalidating the dissolution of the previous parliament (and therefore the subsequent elections) there is unfortunately little reason for optimism that matters will change significantly for the better.

The political environment in the past was not usually an important factor in the analysis of GCC banks and companies in general, and Kuwaiti companies in particular. However 2011 marked a major change and now political factors are much more important than before.

In the case of Kuwait, the problems are not ethnic or sectarian but rather rooted in the stand-off between elements in parliament and the government.

Elections in February 2012 produced a parliament with a majority of elected members who were openly opposed to government policies. As a result, there was effectively paralysis in the decision-making process in relation to either new projects or the actual execution of previously approved projects. In June the Constitutional Court ruled that the dissolution of the previous parliament (elected in 2009) was procedurally incorrect. This meant that the February 2012 elections were null and void and that the 2009 parliament was to be reinstated. In October 2012, the Parliament was dissolved (again).

A new parliament was elected December 1 amidst mass rallies and boycotts.

Whether the longstanding impasse will be finally resolved in the short term remains to be seen, but optimists are scarce.

Kuwait’s leading bank, National Bank of Kuwait (NBK), reported profit of KWD108.1 million for the third quarter of 2012, its highest in any given quarter.

Net income grew by a high 37 per cent from September 2011. The bottom-line was however driven by huge investment gains, including one-off KWD81.5 million on account of re-measurement of the bank’s existing stake in fellow Kuwaiti bank, Boubyan Bank. During 3Q 2012, NBK increased its stake in Boubyan bank from 47.3 per cent to 58.4 per cent, giving it control over the Islamic lender and allowing it to be consolidated into NBK’s financials. NBK re-measured its existing stake in Boubyan at the acquisition date fair value and a gain was booked. Adjusting for this one-off item, NBK made profits of KWD26.6
million which is one of the lowest quarterly figures booked by the bank in the last four years.

NBK underwent another round of high provisions amounting to KWD56.5 million in Q3 2012, making it the highest quarterly provisions in its history. Provisions were four times higher year-on-year and by 32 per cent quarter-on-quarter. In part, the inclusion of Boubyan’s provisions to the total exacerbated it.

Kuwait’s Gulf Bank reported operating profit of KWD91.1 million before provisions for the first nine months of 2012, compared to KWD82.2 million for the corresponding period last year. Gulf Bank increased its precautionary general provisions by KWD46 million to reach KWD136 million. The bank’s net profit for the period was KWD22.4 million against KWD27.4 million over the same period in 2011 due to the higher general provisions.

Results show there are still concerns for the economy and its ramifications on the profitability of banks and with little expectations for any remedial measures anytime soon, the high provision regime for the banking sector is likely to continue at least in the short-term.