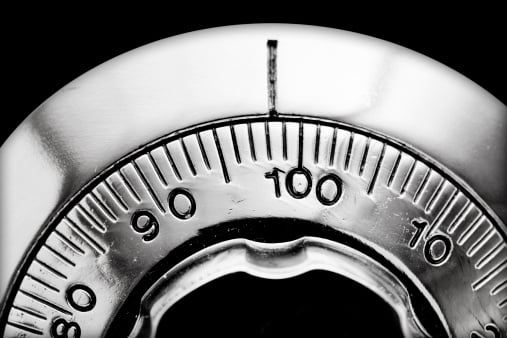 After a period of sluggish performance following the onset of the global debt crisis in 2008, Middle East private wealth is now firmly back in growth mode.

After growth of just 3.7 per cent in 2011, private financial wealth in the region grew by 9.1 per cent to $4.8 trillion in 2012, according to figures from the Boston Consulting Group.

The Middle East’s private wealth boom is part of a wider trend of growth in emerging markets and resource led economies, which grew at an average of 12.9 per cent during the year, compared with 5.9 per cent growth in the “old world” markets of Western Europe, North America and Japan.

Unsurprisingly, much of the Middle East’s wealth is concentrated within the GCC. Qatar has the highest proportion of millionaire households in the world (14.3 per cent), according to BCG, with Kuwait (11.5 per cent), Bahrain (4.9 per cent), the UAE (four per cent) and Oman (3.3 per cent) all in the top 11.

Such high net worth individuals (HNWIs) are increasingly confident about the prospects for the growth in wealth going forward; a survey this year by Barclays Wealth found that over 60 per cent of respondents in the Middle East agreed that wealth can be created faster today than previously, in comparison with 43 per cent in Europe and 31 per cent in North America.

Dubai is very much the centre of private banks’ Middle Eastern operations, with around 90 per cent of bankers operating out of the emirate.

Middle Eastern HNWIs have traditionally tended to book a high proportion of their wealth in offshore centres, with Swiss banks in particular being favoured. Figures from Cap Gemini and RBC Wealth Management indicate that just 65 per cent of Middle Eastern and African wealth is booked inside the region, compared with figures between 74-80 per cent for other regions.

Middle East and African HNWIs stored $1.6 trillion offshore in 2012, according to the same source.

Yet attitudes appear to be gradually shifting. Since the onset of the global economic crisis in 2008, Gulf nationals in particular have begun to prefer to book assets closer to home, opting to use local institutions with whom they have existing banking relationships and often greater cultural affinities.

This change in preference corresponds with increased regulatory scrutiny of private banks in traditional centres such as Switzerland and Singapore.

This has prompted not only Middle East-based HNWIs to transfer wealth back home, but has also lead to a limited yet noteworthy transfer of wealth to the region by other HNWIs, particularly from Europe, looking for a potentially less stringent tax and legal environment in which to operate.

It remains to be seen how sustainable such flows are, as the regulatory environment in centres such as Dubai continues to develop and EU and US tax authorities increase pressure on regional institutions.

Outside of tax and legal concerns, the Middle East, and particularly Dubai, continues to benefit from the ongoing woes of the Eurozone, as investors look to increasingly invest in resource led economies in the Middle East and Asia. Most recently, the collapse of Cyprus’s banking sector in March saw a number of Russian depositors looking at Dubai as a serious alternative destination for their wealth.

Increased interest in the Middle East as an investment destination from international investors, while is believed to account for a tiny fraction of the wealth booked in the region, is still perceived to be more significant than flows of wealth from the region due to the Arab Spring.

For every three banks setting up operations in Dubai, another one closes

While some Swiss banks have reported a slight uptick in flows from the region due to geopolitical concerns, such flows do not come directly from troubled markets such as Egypt, Libya and Syria.

As domestic wealth grows and others look to the region for greater returns, international banks continue to set up new offices in the region hoping to cash in on the boom. New arrivals in Dubai include Liechtenstein’s LGT in February, and Arbuthnot Latham in May.

Such openings have led to a large number of new hires by banks. Yet after a frenzy of recruitment in 2011 and early 2012, international players in particular are becoming increasingly discerning about the quality of their new hires, valuing proven track records of several years over all.

The increased number of international banks in the region has inevitably taken its toll on some players; Silitoe estimates that for every three banks setting up operations in Dubai, another one closes.

In February, Switzerland’s Bank Vontobel announced that it was transferring its Middle East operations to its head office in Geneva, only 15 months after opening its office in the DIFC.

In May, Lloyds TSB announced that it was selling its private banking operations in the Dubai International Financial Centre to Swiss wealth manager Union Bancaire Privee (UBP) in a deal worth approximately $150 million. Another Swiss bank, Geneva’s Pictet & Cie, will close its Dubai representative office in the coming months.

“People have often underestimated how difficult it is to build a presence in the local market,” says Sillitoe.